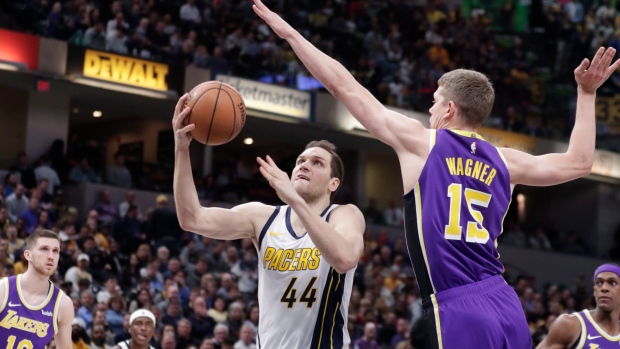 The Indiana Pacers defeated the Los Angeles Lakers 136-94, handing LeBron James the worst loss of his career. Indiana led by 23 at half-time, and the lead ballooned to 42 at the final buzzer. Bojan Bogdanovic had 24 points for the Pacers, whereas James scored 18 for the Lakers in a poor showing overall. 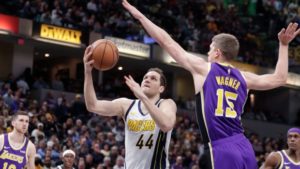 The Boston Celtics won their fifth straight game, claiming a 103-96 win over the Cleveland Cavaliers. Kyrie Irving did not play, and Jayson Tatum top-scored with 25 points. The Knicks lost their 14th straight game as the Pistons beat them 105-92. Blake Griffin starred for Detroit, scoring 29 points.

Tobias Harris and Lou Williams combined for 65 points as the Clippers beat the Hornets 117-115 in a close game. Harris will reportedly be traded to the 76ers, who lost 119-107 to the Raptors. Joel Embiid’s 37 points were not enough, as a balanced Toronto side cruised to the win.

Paul George and Russell Westbrook led the Thunder to yet another victory, this time over the Magic. George dropped 39 points, and Westbrook had another triple-double in the win.

Marc Gasol sat down for the Grizzlies, but they won nevertheless, beating the Timberwolves 108-106. Hassan Whiteside’s 28 points and 11 rebounds led the Heat to a 118-108 win over the Blazers, for whom C. J. McCollum scored 33 points.