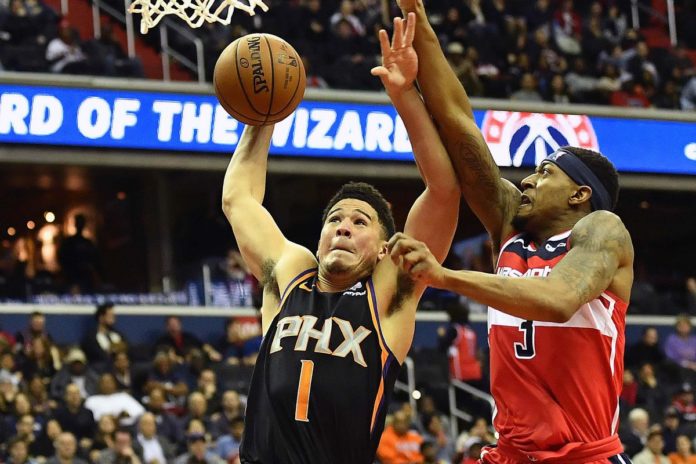 Devin Booker is special. The young guard scored 50 points for the second straight game, but his Phoenix Suns succumbed to a 124-121 loss against the Washington Wizards. Booker scored 59 in the last game against the Jazz and notched 50 against Washington. Bradley Beal and Jabari Parker both scored 28 points to lead the Wizards to the win. 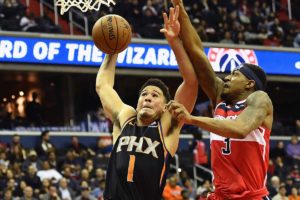 The short-handed Blazers won 118-98 against the Chicago Bulls. Portland were without Yusuf Nurkic and C. J McCollum, but they cruised to the victory nonetheless. Seth Curry top-scored with 20 points, as eight Blazers were in double digits.

Stephen Curry and Kevin Durant both scored 28 as the Warriors won 118-103 against the Grizzlies. Steve Kerr put out a full-strength starting five, as DeMarcus Cousins made a return. The win put them in the first spot in the Western Conference ahead of Denver.

Paul George scored 31 against his former team Indiana as the Thunder beat them 107-99. Russell Westbrook had a triple-double with 17 points, 12 assists, and 11 rebounds. Bojan Bogdanovic top-scored for the Pacers with 28 points.

Playing without LeBron James, the Lakers lost 115-100 to the Jazz. James was rested, and Utah took full advantage. Rudy Gobert’s double-double of 22 points and 11 rebounds powered them to the win. That’s all the action from today, visit this space tomorrow for more of the same!