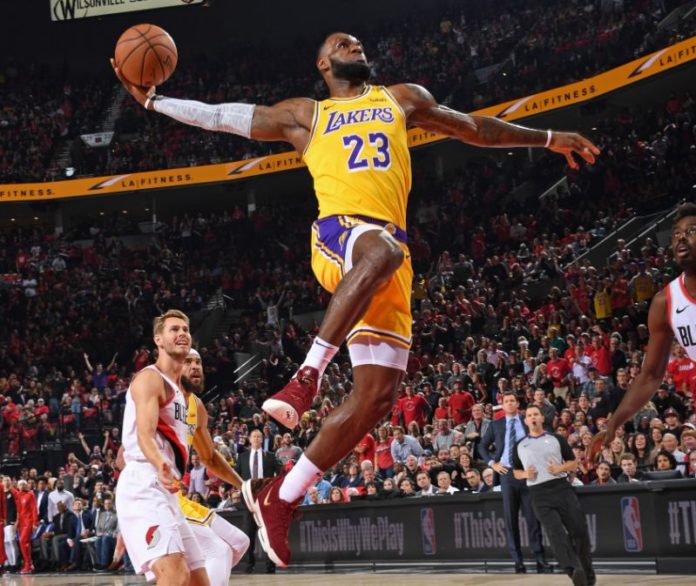 Day 3 of the new NBA season just concluded, and let us take a look at the results of the three games which were on show. 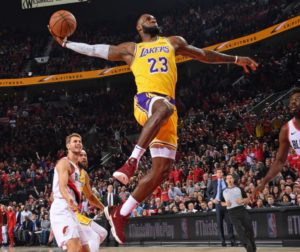 The headline game of the day was in Portland, as the new-look Los Angeles Lakers faced off against the Trail Blazers. LeBron James’ new journey got going with a loss, as the Blazers prevailed 128-119.

James had 26 points, 12 rebounds, and 6 assists, but the Portland guards stole the show. Damian Lillard had 28 points, and C.J. McCollum has 21. Nick Stauskas provided a boost with his 24 off the bench.

LeBron James THROWS IT DOWN for the @Lakers! 👑🔥

The Philadelphia 76ers bounced back from their opening night loss against the Celtics, as they beat the Chicago Bulls 127-108. Joel Embiid was the top scorer on the night, and he had 30 points and 12 rebounds. Ben Simmons had a Jason Kidd triple-double, with 13 points, 11 assists and 13 rebounds.

Zach LaVine also had 30 points for the Bulls, but his efforts were in vain as the Bulls lost their opening game of the season.

The third game of the night was a close one, as the Miami Heat defeated the Washington Wizards 113-112 courtesy of a last-second putback by Kelly Olynyk. Josh Richardson’s 28 points led the Heat to their first win of the season.

Guards John Wall and Bradley Beal cntributed to 46 points between them, but the Wizards slipped to a late loss in their season opener.