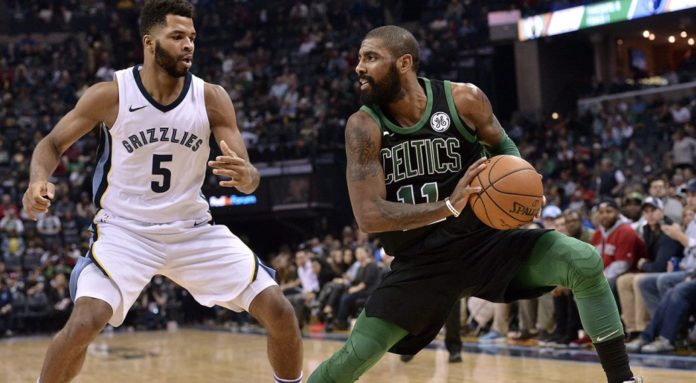 Kyrie Irving recorded 38 points and 11 assists as the Boston Celtics beat the Memphis Grizzlies. Boston had endured a poor run recently, and Kyrie responded perfectly for Brad Stevens. He scored 20 points in the third quarter alone, which proved to be enough. 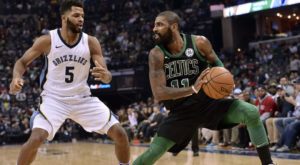 The Brooklyn Nets came behind from a 21-point deficit to beat the Orlando Magic 117-115. D’Angelo Russell dropped 40 points, and the injury to Aaron Gordon also played into the Nets’ hands.

The injury-stricken Pistons won 98-83 against the Heat, courtesy of 32 points, 9 assists, and 11 rebounds from Blake Griffin. Meanwhile, the Spurs won in Minnesota, beating the Timberwolves 116-113. LaMarcus top-scored for them with 25 points.

The Utah Jazz won their 6th straight game, beating the Cleveland Cavaliers 115-99. The Cavs are the worst defensive team in the league, and they had no answer as Donovon Mitchell and Rudy Gobert led the Jazz to victory.

Jake Layman also had a 20-point quarter as the Blazers claimed a 128-112 win over the Pelicans. Meanwhile, DeMarcus Cousins made his debut for the Warriors as they won 112-94 against the Clippers. Funnily enough, he fouled out of his debut after playing just 15 minutes.