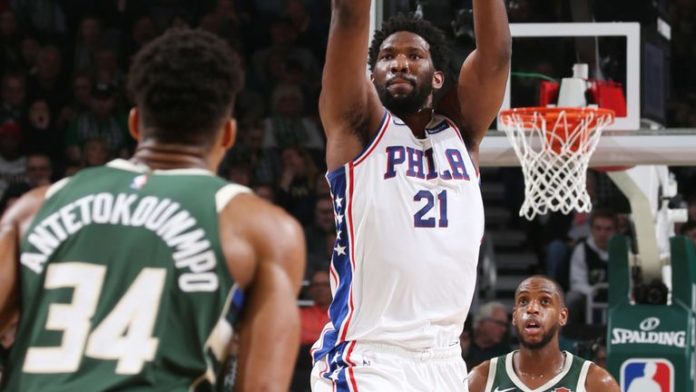 Joel Embiid scored 40 points as the Philadelphia 76ers claimed a 130-125 win over the Milwaukee Bucks. He also had 6 assists and 15 rebounds, and teammate Jimmy Butler scored 27 points. Giannis Antetokounmpo scored 52 points, but he failed to lead his side to the win. It was a career-high in points for the MVP favourite, but Embiid arguably got the better of him in the duel. 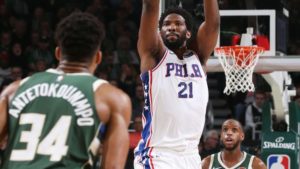 Kawhi Leonard scored 33 points, but the Raptors lost to the Pistons 110-107. Blake Griffin scored 25 points, as Detroit’s good run continued. They are now in sixth place and primed to enter the playoffs. Nikola Vucevic had a rare 20-20 game as the Magic beat the Hawks 101-91. He had 27 points, and 20 rebounds, and the Magic are still in contention for the final playoff spot in the East.

The Kings ended their losing streak as they beat the Bulls 129-102. Marvin Bagley III had 21 points and 9 rebounds off the bench for Sacramento. Meanwhile, James Harden and Chris Paul led the Rockets to a 117-102 win over the Timberwolves. The duo combined for 45 points and 20 assists.

The Clippers won as well, as Lou Williams late three-pointer handed them a 119-116 win over the Nets. That’s all the action from today, visit this space tomorrow for more of the same!