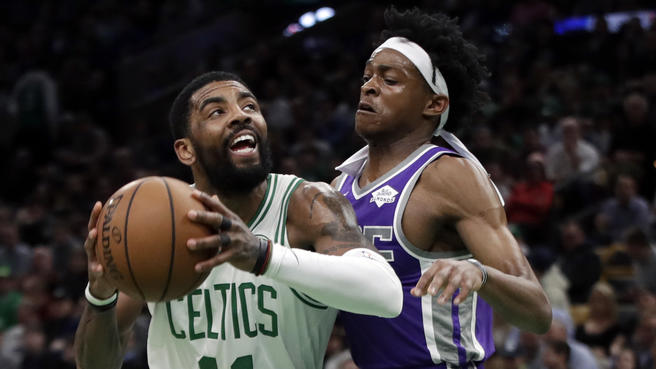 Kyrie Irving had 31 points, 12 assists, and 10 rebounds as the Boston Celtics won 126-120 against the Sacramento Kings. The Kings led by 13 after the first quarter, but the Celtics overcame the deficit. Buddy Hield top-scored in the game with 34 points for Sacramento, but he could not lead his side to the win. 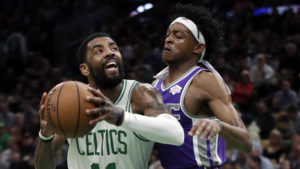 The Pacers continued to impress, as they beat the Thunder 108-106. Domantas Sabonis scored 26 points for them off the bench, and Bojan Bogdanovic added 23. Each of Indiana’s starters was in double figures. Paul George scored 36 against his former side, and Russell Westbrook recorded yet another triple-double.

The Orlando Magic claimed a comfortable 120-91 win over the Cleveland Cavaliers. Aaron Gordon scored 21 points, and D. J. Augustin added 20 for the Magic. Colin Sexton scored 23 for the Cavaliers, but their poor season continued.

Kawhi Leonard scored 25 points to lead the Raptors to a 111-98 win against the Lakers. Norman Powell added 20 points from the bench. LeBron James scored 29 points for the Lakers, but their season continued to peter out.

The Utah Jazz defeated the Timberwolves 120-100, despite 26 points and 10 rebounds from Karl-Anthony Towns. Nikola Jokic scored a buzzer-beater as the Nuggets won 100-99 against Dallas. That’s all the action from today, visit this space tomorrow for more of the same!