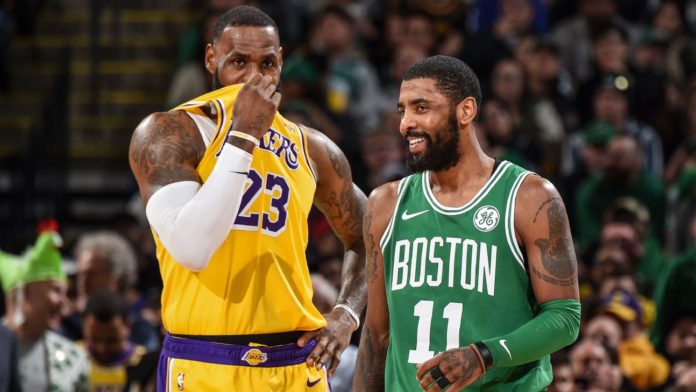 Two former teammates faced off as the Boston Celtics took on the Los Angeles Lakers at the Staples Center. Kyrie Irving had the better of LeBron James as he scored 30 points to lead the Celtics to a 120-107 win. LeBron had a triple-double with 30 points, 12 assists, and 10 rebounds, but it was in vain. The result was the Celtics’ third straight win, which is precisely what Brad Stevens must be looking before the playoffs. 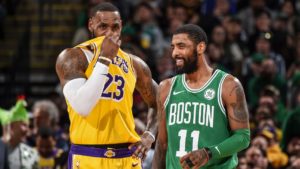 The Minnesota Timberwolves claimed an overtime 135-130 win over the Washington Wizards. Karl-Anthony Towns had 40 points and 16 rebounds, but he exited the game late with an injury. Bradley Beal had 36 points, 9 assists, and 10 rebounds for the Wizards.

Despite a triple-double from Trae Young, the Hawks lost 114-112 to the Nets. Young had 23 points, 11 assists, and 10 rebounds, and teammate John Collins had a huge game with 33 points and 20 rebounds. But they succumbed to the loss, which strengthened the Nets’ playoff push.

The Bucks won yet again, as they defeated the Hornets 131-114. Giannis Antetokounmpo had 26 points, and 13 rebounds, and Kemba Walker scored 25 for the Hornets. The Blazers won as well, beating the lowly Suns 127-120. That’s all the action from today, visit this space tomorrow for more of the same!