The Los Angeles Clippers produced a comeback of stunning proportions. They overturned a 31-point deficit to beat the Golden State Warriors 135-131. It was the biggest comeback in NBA playoff history, and the series was levelled at 1-1. Lou Williams starred for the Clippers, and he had 36 points and 11 assists. Montrezl Harrell also had a strong game off the bench, as he had 25 points and 10 rebounds. 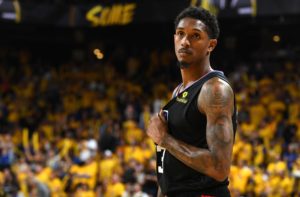 Stephen Curry top-scored for the Warriors with 29 and Kevin Durant added 21. The Warriors lost center DeMarcus Cousins to injury early on, and Kevon Looney filled in his absence. Cousins is scheduled for an MRI on Tuesday which will tell the full story. Few expected this comeback, and Game 3 will be an interesting one at the Staples Center on Friday.

The 76ers also won, beating the Nets 145-123. That series also is 1-1 now, after the Nets surprised Philadelphia in Game 1. Ben Simmons had a triple-double, as he recorded 18 points, 12 assists, and ten rebounds. The real animation came in the third quarter when the 76ers outscored the Nets 51-23.

The Nets looked shell-shocked and had no answer. If the 76ers keep playing like this, the series could be over in as less as three more games. That’s all the action from today, visit this space tomorrow for more of the same!