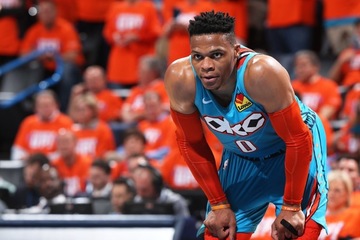 Russell Westbrook had 33 points and 11 assists as the Thunder won Game 3 120-108 against the Trail Blazers. After losing two games on the road, this win enabled the Thunder to make it 2-1 in the first round series. 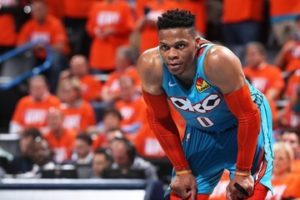 Paul George scored 22 points for OKC, who pulled clear in the fourth quarter to win a tight game. Portland scored 43 points in the third quarter, but the Thunder outscored them 34-26 in the fourth to win the game. Damian Lillard had 32 points for the Blazers.

Boston is the only team to win all their playoff games thus far, and they defeated the Pacers 104-96. Kyrie Irving had 19 points and 10 assists, and Jaylen Brown scored 23. Brown had an impressive game and was 8-9 from the field. Celtics started the game strongly and scored 41 points in the first quarter. They have a 3-0 lead now, and favourites to complete the sweep.

The Raptors took a 2-1 lead in their series as they beat the Orlando Magic 98-93 in Game 3. Pascal Siakam had 30 points and 11 rebounds for Toronto, as Kawhi Leonard scored just 16 points. Terrence Ross top-scored for the Magic with 24 points, but it was not enough in the end. That’s all the action from today, visit this space tomorrow for more of the same!