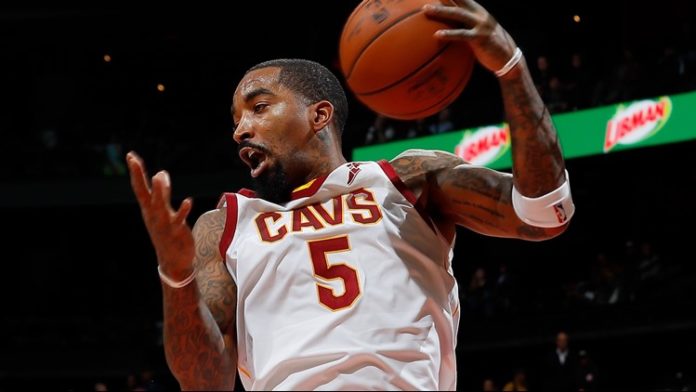 NBA player J.R. Smith turned himself into police Friday on charges he broke the cellphone of a fan who tried to videotape him in the middle of the night outside a Manhattan pizzeria, authorities said.

According to the report, a 20-year-old man from Pennsylvania saw Smith outside of a pizzeria in the Chelsea neighborhood of New York City around 2:45 a.m. on July 29. When he recognized Smith, he tried to take a Snapchat video of him, but Smith took the and threw it nearby a construction site and the man called the police, but Smith was gone by then. 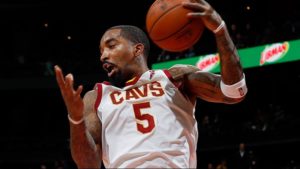 Asked to comment, the NBA champion’s lawyer, Alex Spiro, said, “This is nonsense and we are not responding to nonsense.”

Smith played for the New York Knicks until 2015, when he was traded the Cavaliers. Smith, who is entering his 15th year in the league, averaged 8.3 points, 2.9 rebounds and 1.8 assists per game last season for the Cavaliers. He was on the LeBron James-led team that won the NBA championship in 2016.

The last couple of months has been hard for JR Smith as ever since LeBron James was left Cleveland Cavaliers to join Los Angeles Lakers, he was had a hard time find his playing zone.

Smith was always a player that thrived alongside James, as his role was concise and simple. James always took Smith under his wing and made sure he was accommodated and believed in. He also played a part in Smith signing a lucrative extension which he’s unfortunately never lived up to. There have even been talks about Cavaliers being traded elsewhere, but I don’t think they will be getting anything in return.

It will be interesting to see how JR Smith lives up to himself at this critical point of his career which could make or break things for him.

NBA: Kyle Kuzma thinks Lakers are being underestimated by people