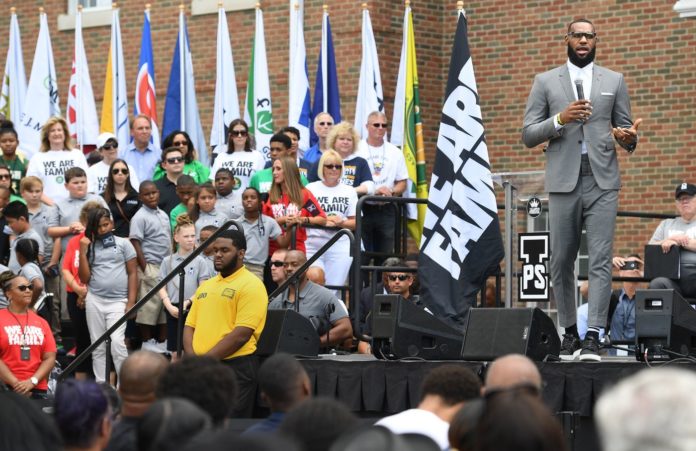 NBA star Lebron James has opened a school for underprivileged children in his hometown of Akron in Ohio on Tuesday.

The school is a joint venture between the LeBron James Family Foundation and Akron Public Schools. LeBron James stood on a stage near one of the streets he walked as a troubled kid and looked out at thousands of faces. He felt connected to every one of them.

The 33-year-old, who recently moved from the Cleveland Cavaliers to the Los Angeles Lakers on a four-year contract worth $154 million, hopes the school will help kids who are falling behind in education and struggling at home. 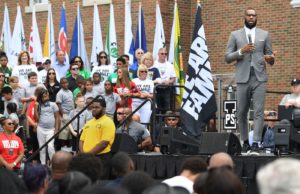 “There is no way I could have imagined this,” he said. “I remember our foundation having a bike-a-thon, and I never thought a five-mile bike ride would turn into a school. This is something I’m at a loss of words for.”

The school will house 240 at-risk kids from third and fourth grade in Akron.