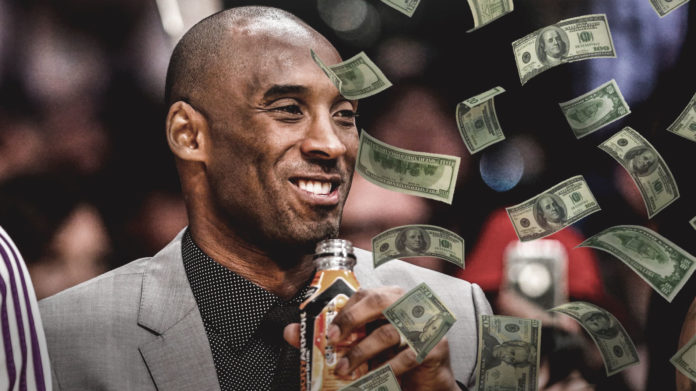 Kobe Bryant is a minority owner of the sports drink company BodyArmor. According to Darren Rovell of ESPN, Kobe bought about a 10 percent stake in the company in March 2014. He reportedly has invested about $6 million in the company overall.

When Bryant invested in BodyArmor in 2014, it was coming off a year in which it made $10 million in sales, according to Darren Rovell – now it’s expected to top $400 million in 2018. Bryant is the fourth-largest investor. 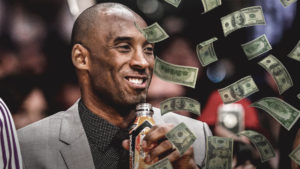 Bryant is now the fourth-largest investor in the brand, marketed as a healthier competitor to Gatorade, behind the brand’s co-founder Mike Repole, Coca-Cola and Keurig Dr Pepper.

BodyArmor was Bryant’s very first investment with his new company Kobe Inc, which the basketball legend launched to help grow brands that will ‘redefine the sports industry’.

Basketball-Reference estimates Bryant’s career earnings as an NBA player at just under $330 million. He obviously made a ton more in endorsement deals as well, but his fruitful investment in BodyArmor has lifted his wealth to another level.