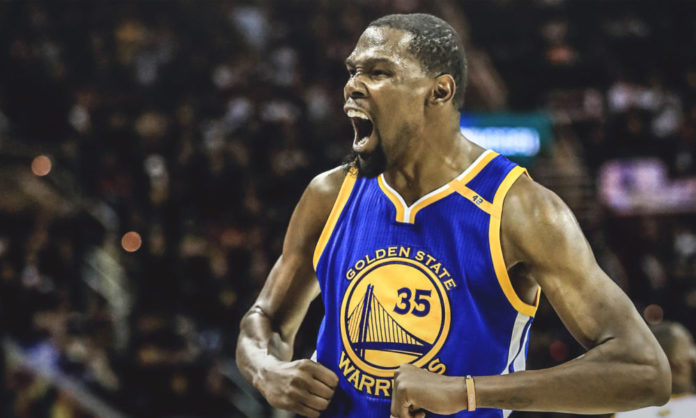 It was mentioned earlier this year that Kevin Durant has signed with the Golden State Warriors earlier this season but surprisingly it turns out he actually did so on a short-term basis, signing a two-year contract with an option on the second year.

In a recent appearance on the Yahoo Sports NBA: Chris Mannix podcast, Mercury News writer Mark Medina speculated upon the reasons why Durant has chosen a shorter contract option:

“No doubt, from what I was told when he made this decision, the main driving force – as you alluded to – was the financial flexibility because he can get that five-year, 219 million-dollar deal,” said Medina. 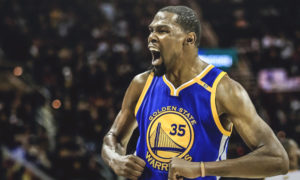 The Mercury News writer, however, debated the logic of Durant signing a two-year, “1+1” deal with an option on the final year, instead of a “2+1” contract, or three years with a third-year option.

Kevin Durant might actually make as much as $221 million over a five-year contract with the Golden State Warriors next season, but had he signed a two-and-one deal this season, his projected five-year max in 2020 could rocket up to a $235 million contract, according to NBC Sports’ Dan Feldman, plus he could have earned an extra $5.7 million this season.

Last season has been very successful for Kevin Durant as he averaged 26.8 points, 6.8 rebounds, and 5.4 assists. He also led Warriors to the two back to back championship finals.

But giving Kevin such a huge amount of money could also mean Warriors parting ways with All-stars like Stephen Curry and Clay Thompson because of warriors salary cap.

However, nobody can be sure if Kevin Durant signed this contract for money as Durant sacrificed money next season because he placed greater value on the ability to choose his team next summer rather than being locked in with the Warriors.

29-year old Durant could be top picks in the free agency market with teams like New York Knicks and Los Angeles Lakers have shown interest in him.