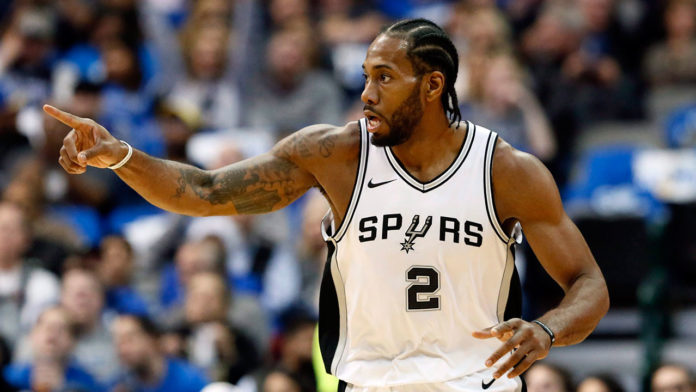 All-Star forward Kawhi Leonard broke his silence for the first time since his blockbuster trade from the Spurs to the Raptors, issuing a public letter thanking his former teammates, the city of San Antonio and Spurs coach Gregg Popovich.

The newly-acquired Toronto Raptors forward thanked everyone imaginable in San Antonio in a statement given to the San Antonio Express-News on Thursday but did not expand on the reason for his departure from the Spurs. 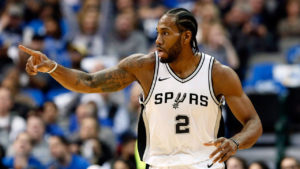 Here is the complete letter:

I have been going back and forth the last few weeks trying to figure out the right things to say, and it comes down to two simple words: THANK YOU!

My family and I want to say THANK YOU to the entire Spurs organization and the people and fans of San Antonio.

THANK YOU to every one of my teammates I’ve played with over my seven years in the NBA.

THANK YOU Pop I’ll always be grateful for my growth under your guidance.

THANK YOU to the fans! There is not a more passionate or dedicated fan base than what I’ve witnessed in San Antonio.

Through all the ups and downs – I’m glad there were many more ups! – I’ll never forget what we have shared and accomplished together.

While I’m looking forward to the next chapter in my career, I’ll always remember the city and the people of San Antonio!

In his tenure with the Spurs, Leonard was an NBA champion, an NBA Finals MVP, and the Spurs made it to at least the Western Conference Finals in four of his seven seasons. He was just hitting his prime before the injury and subsequent trade, making the All-Star Game and All-NBA teams in the 2015 and 2016 seasons while averaging over 20 points a game.