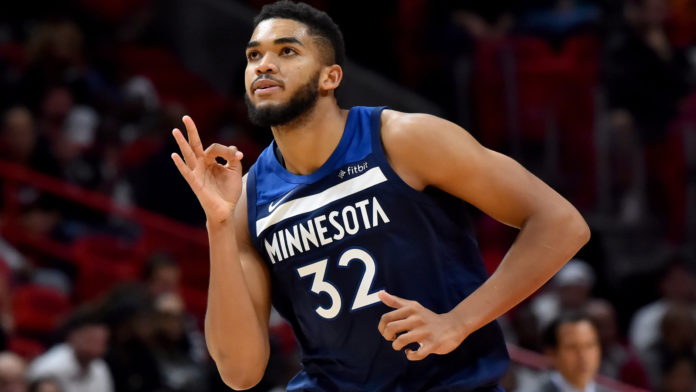 The Minnesota Timberwolves and Karl-Anthony Towns have agreed to a five-year, $190 million super-max contract extension, according to ESPN NBA Insider Adrian Wojnarowski.

Initially, there were reports of Towns potentially leaving Minnesota Timberwolves, but the recent deal proves he is going nowhere.

However, there’s a catch in Towns deal with Timberwolves, he has to win the NBA Defensive Player of the Year or NBA MVP next season in either of the next two seasons. If he fails to do that it will cost him a cool $32 Million and the deal will pay him $158 million over five seasons.

In a statement, Towns said:

“On June 25, 2015, I was drafted to and committed to the Minnesota Timberwolves,” Towns said in a statement to ESPN. “On September 22, 2018, I made a recommitment to the Wolves and have the same feelings of excitement that I felt back in 2015.

I promise to the fans, my teammates and the organization to keep the vision of the man who drafted me, Flip Saunders, alive and treat his dream of winning with respect and dignity. To the fans of Day One and the Timberwolves fans, this is for you. Thank you for believing in me.”

The 21-year and 7 footer Karl-Anthony Towns is yet to reach his physical prime and has emerged as one of the most important players for the Minnesota Timberwolves. He averaged 21.3 points, 12.3 rebounds and 1.4 blocks per game in 2017-18.