Filipino-American guard Jordan Clarkson was not allowed to play in the 2018 Asian Games by the NBA, even after he was granted eligibility by the organizers.

After getting clearance from the Cleveland Cavaliers and the Asian Games committee, Clarkson failed to get the go-signal from the NBA on Sunday, August 12. 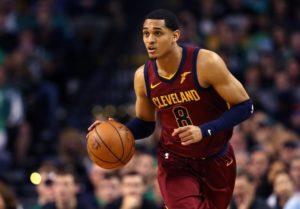 In a statement, the NBA said its agreement with FIBA states that the league’s players can only participate in “the Olympics, the FIBA Basketball World Cup, Continental Cup competitions, and associated qualifying tournaments.”

“Because the Asian Games are not one of those competitions, NBA players are unable to participate,” the statement said.

The Fil-Am guard was deemed eligible by the Indonesian Asian Games Organizing Committee and the Olympic Council of Asia for the quadrennial meet.

Without clearance from the NBA, however, Clarkson’s debut for the Philippines will have to wait once more.