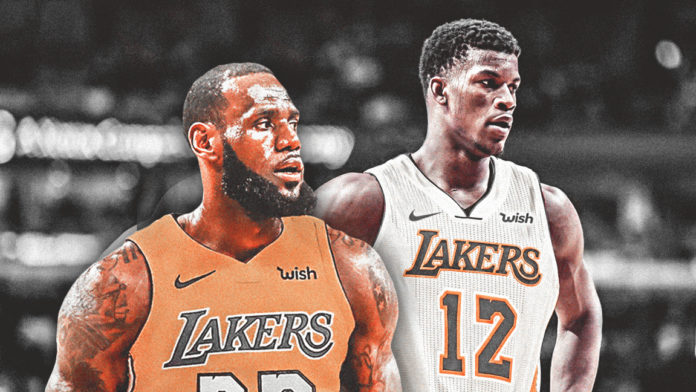 Minnesota Timberwolves guard Jimmy Butler is interested in joining LeBron James with the Lakers next summer when he could become a free agent. The news was first reported by Eric Pincus of Bleacher Report.

This might come as a good news for Lakers fans, as LeBron no matter how good he is, always needed a second standout star who could make King James’s job a lot easier and Butler fills all the blanks. 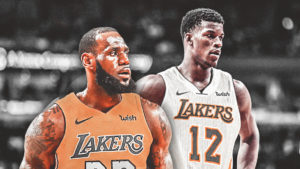 But this is a very tricky situation as Jimmy Butler has made it clear in the past that he is very much interested in playing with Kyrie Irving, but again Kyrie and LeBron don’t exactly have the best of relationship and staying with Minnesota might mean more money for Butler.

Four-time all-star Jimmy Butler averaged 22.2 points, 5.3 rebounds, and 4.9 assists per game in his first season with the Timberwolves.

Although there were talks about DeMarcus Cousins and Kawhi Leonard joining Lakers, but if that doesn’t come into fruition, Butler might be the best option.

NBA: Kyrie Irving to be honored by Native Indians Tribe