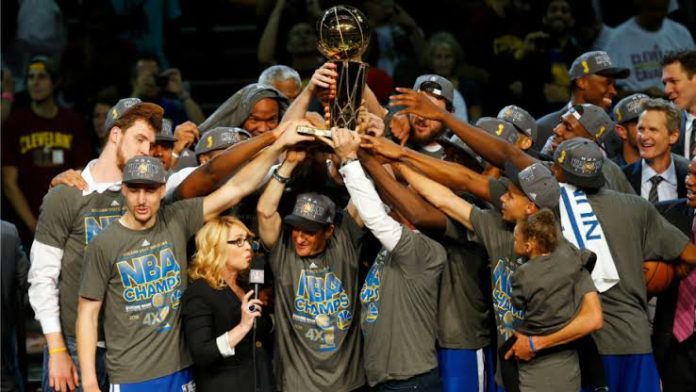 The stage was set in the NBA Finals once again for the fourth consecutive year, as one of the most star-studded teams the league has ever seen, Golden State Warriors, looked  to capture their third title in four consecutive years. Standing in front of them was a Cavs team led by a once in a generation superstar in LeBron James. Both the teams were coming off a gruelling seven game series in their respective conference finals. Even though the Dubs were the favourites to win by a huge margin, no one could out rightly dismiss the brilliance of LeBron James and his ability to engineer his way to a win, something which he has been doing for the entire season. 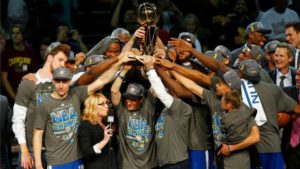 With the Warriors having home court advantage, the first game kicked off in Oracle Arena. LeBron James had, arguably, the finest performance of his finals carrer as he rallied up for 51 points, fifth highest in an NBA finals game. The Warriors were led primarily by Curry as Durant had a rough shooting night. However, LeBron’s efforts were robbed by some controversial calls by the officials and one of the most bone headed plays ever in the NBA by his own shooting guard. With 4.7 secs left on the clock, George Hill hit one of the two free throws to level the score. As he missed the second free throw, J.R. Smith caught the rebound and ran back to the half court line, possibly thinking that they were ahead. As a result, the game went on to overtime where the Dubs left absolutely no chance for a comeback. Twitter had a good laugh on J.R. following his potential game losing play.

LeBron was visibly frustrated. He even banged his hand so hard on a board in the locker room that he seriously injured it, something which he revealed after the series got over.

Game two was competitive as well, but lesser than the previous one. Stephen Curry showed up big as he dropped 9 three pointers, the most in an NBA finals. Kevin Durant continued his 25 points streak in NBA finals. Though LeBron had an almost triple double with 29 points, it was dwarfed largely by his humongous opener just three days back. The Dubs came on top eventually with a 103-122 win.

With Golden State Warriors up 2-0 the series headed back to Quicken Loans arena in Cleavland, giving the players the much needed crowd behind their back that could prevent them from going down 3-0 and somehow someway find a way to get passed their loaded opponents. However, Kevin Durant had other plans. As Cavs started to feed off the home crowd, getting a 6 point lead at the half time, the Warriors ran their patented third quarter comeback to take the lead which they would hold on till the end. LeBron, who made an insane alley oop to himself off the back board, had a wasted triple double to his name, while Kevin Durant got his finals high points tally of 43 points, which made up for the lack lustre performance of their elite shooters in Curry and Thompson. Kevin Durant hit a clutch three pointer from the exact same spot as he had done in Game 3 last year. Curry had an awful shooting night where he missed his first 9 three point attempts.

Put the kids to sleep!#nbafinals2018

Down 3-0 not a lot people expected a fairy tale ending for the Cavs, but the end got as miserable as possible for them. A combined effort by Durant and Curry swept the Cavs 4-0.

Kevin Durant was adjudged the finals MVP, an award which he won for the second consecutive year. However the decision was met with a bit of skepticism as Curry was also into serious contention.

He's someone that when it's all said and done can have a "top 10" claim.

We see it still with MJ/Kobe, the legacy conversation matters and no Finals MVP will matter.

His conversation will be forever wrongfully skewed.

With all said and done the path ahead leaves a lot of questions to be answered in the upcoming summer and free agency. The biggest one would be about the hottest free agent in NBA- LeBron James. The recruitment process has already started by NBA players who wish to play alongside him.

Wherever LeBron ends up will play a huge role in deciding whether this new NBA dynasty, which is starting to be compared with Bill Russell’s Celtics, Showtime Lakers, Jordan’s Bulls and Kobe and Shaq led Lakers, can be dethroned or not.