The game was an entertaining one and went into OT where Raptors ultimately emerged victorious. Pascal Siakem and Fred VanVleet were the top scorers of the game as the duo dropped 34 points. Siakem had 18 rebounds and 5 assists in the game and on the other hand, VanVleet had 5 rebounds and 7 assists. 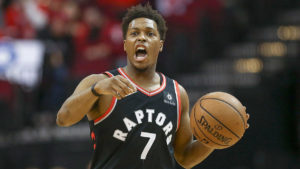 ”It’s very fun to be in the position that we’re in where we just won it but we’re kind of on the climb again,” VanVleet said after his career high scoring game.

VanVleet’s displayed performance was impressive throughout the game except for a minor ankle injury in the third quarter which visibly slowed him down later into the game.

”How many times does it have to happen before you think about doing something else?” VanVleet said. ”It’s happened to me at least four or five times in the last two years. This is the worst.”

Pelicans on the other hand definitely felt the absence of their No. 1 draft pick Zion Williamson who is out for at least 6 weeks following a knee injury.