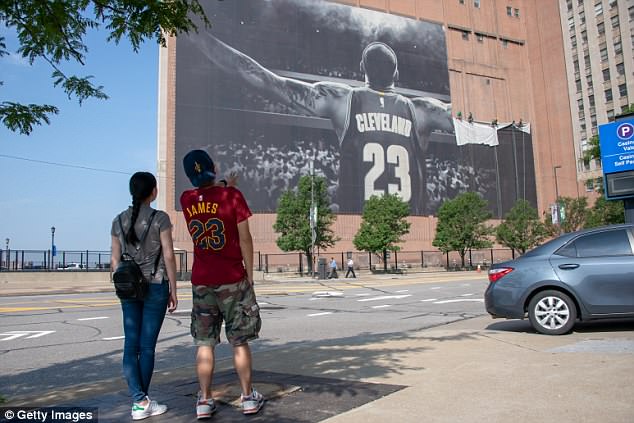 Cleveland is breaking up with LeBron James in a very visible way. A 10-stories-tall banner of James, his arms outstretched Christ-like before roaring stadium fans, that covers Sherwin-Williams headquarters is already being torn down.

he 10-story billboard, which shows James wearing his No. 23 jersey with his arms spread wide has become a city landmark. It was also removed in 2010 when he decided to join the Miami Heat. On Sunday, James agreed to sign a four-year, $153 million contract with the Los Angeles Lakers. 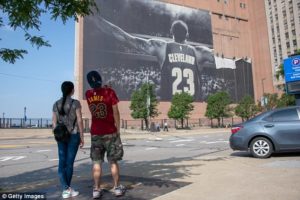 After learning the billboard was coming down, many people headed over to take photos in front of it.

Meanwhile, Lakers fans eager to get their hands on a LeBron James jersey will have to wait until sometime after noon on Friday, when the four-time MVP will be permitted to officially sign his new seal.