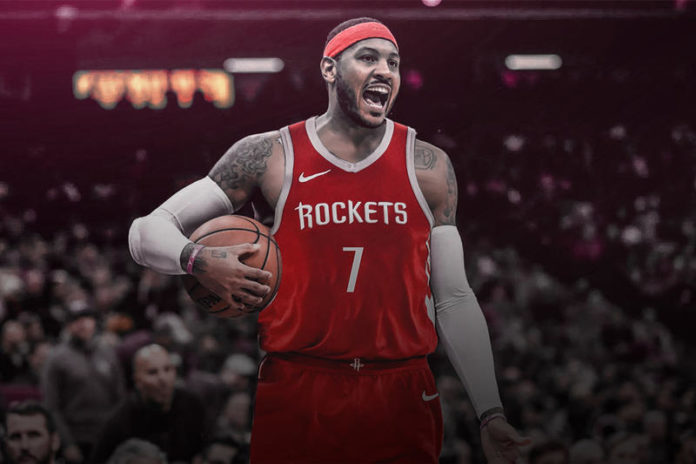 On Friday, an Instagram fan account by the name of “rocketstoday” posted a Photoshopped image of LeBron James in a Rockets jersey and asked his followers who they would rather have between James and Anthony. 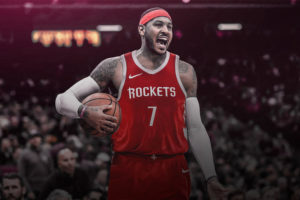 Carmelo Anthony spent some time going through Instagram comments this week, and he did not appreciate the fans who criticized him.

We tried to sign Lebron James this offseason, he was considering us and the Sixers at the time. Would you want LBJ or Melo ? #QOTD. ( ik for some of you this is obvious there’s just nothing to post )

In response, the similarly named account “redskinstoday,” which is verified and has over 75,000 followers, commented, “I can’t beleive [sic] you just asked who I’d rather have, LBJ or fricking old crusty a– Melo.”

Anthony’s response to the fan was: “(Expletive) you.” 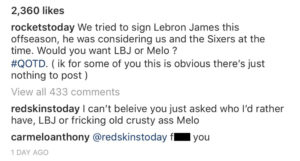 The 34-year-old Anthony has a lot to prove this season — he was a negative asset for the Oklahoma City Thunder last season, and many are even lowering Houston’s title odds now that he is aboard. Regardless though of if you think that Melo is washed, his social media clapbacks will always be in their prime.