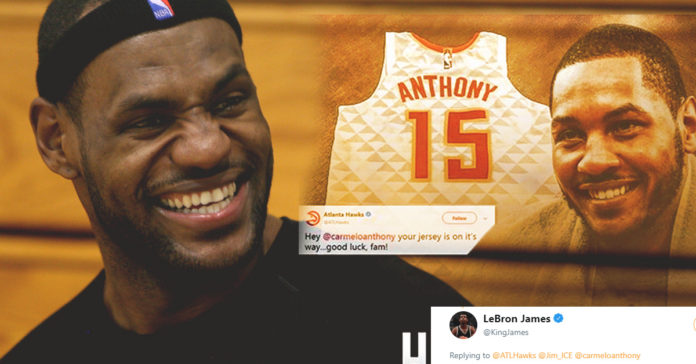 The Hawks have granted Carmelo Anthony’s wish and sent him his own Atlanta jersey, despite never suiting up for the team.

A few weeks ago, Anthony let it be known that he wanted to immortalize his Hawks tenure by getting ahold of the jersey that he never actually got to wear for the team. 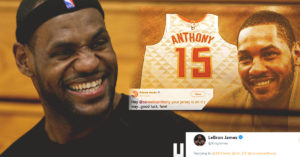 The team, which came to terms on a $25.5 million buyout with Carmelo Anthony five days after acquiring him from the Oklahoma City Thunder, tweeted out a photo of the never-worn jersey they’re sending to the 10-time All-Star in response to a request he made last month.

Atlanta posted a picture of the never-used uniform on Twitter:

LeBron James had fun with Anthony’s tenure with the Hawks after the post:

An underrated interesting part of this is how the Hawks decided to give Melo his old No. 15, which he wore in Denver. That number was retired in New York and then taken by Kyle Singler in Oklahoma City. Clint Capela wears No. 15 for the Rockets, so Melo will likely be wearing No. 7 again when he signs with Houston.