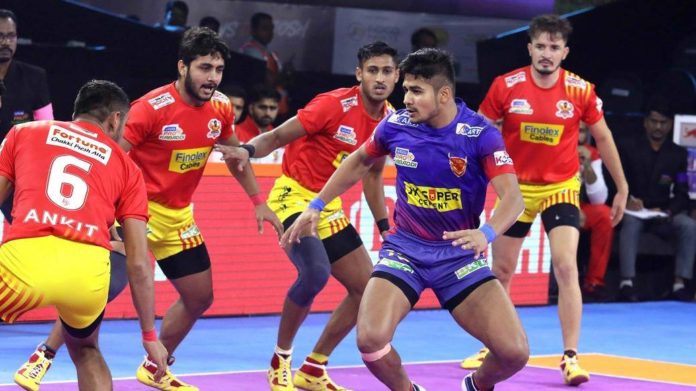 Gujarat Fortunegiants continued their winning streak in Pro Kabaddi League season 7 with a win over Dabang Delhi K.C at the Dome,NSCI, SVP stadium in Mumbai. It was an all-round performance by the Fortunegiants to hand Dabang Delhi their first loss of the season. 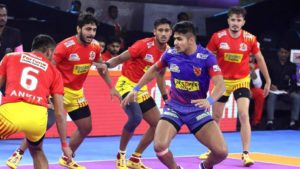 Fortunegiants started the game in grand fashion as they took an early lead of five points which was reduced by Ravinder Pahal and the Irani Saeid Ghaffari. The Delhi team enforced an All-out on the Fortunegiants and a two point raid from Chandran Ranjith helped Dabang Delhi finish the first half with a lead of 14-11.

GB More was the star of the game as he contributed with 5 raid points and 4 tackle points and helped the Fortunegiants continue their winning ways in the tournament.

The last day of the Mumbai leg will see Telugu Titans take on UP Yoddha and Hosts U Mumba will face the two-times finalists Gujarat Fortunegiants.