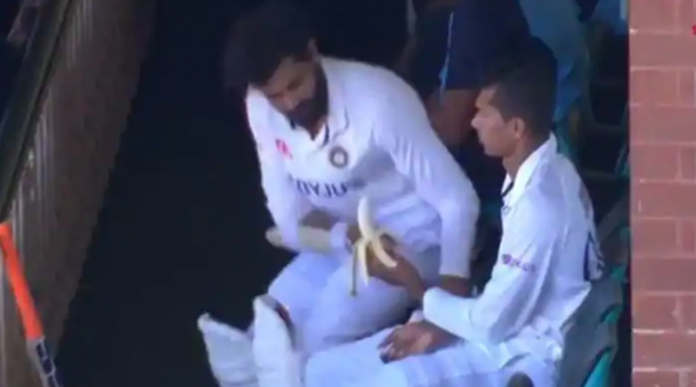 Navdeep Saini, the Indian pacer was witnessed helping Indian all-rounder Ravindra Jadeja while they were in the dressing room. 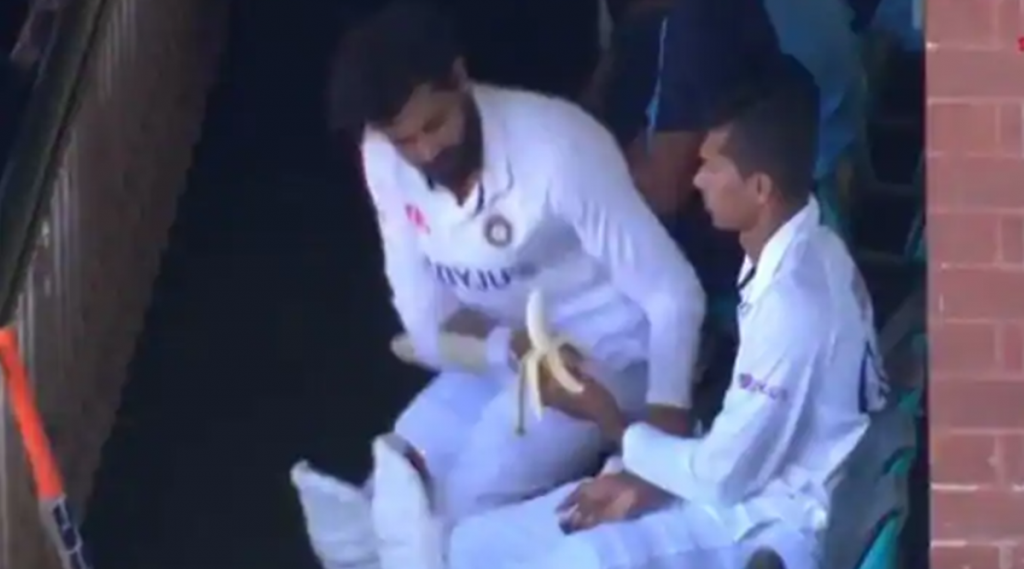 Ravindra Jadeja was recently hit on his left thumb by Mitchell Starc with a bouncer in the first innings. He was taken off the field and went to the hospital for undergoing scan.

It was later revealed that he had suffered a fracture in his thumb which kept him away from bowling in the second innings of the Aussies.

But, while India’s second innings was underway the left-hander seen all padded up to bat if needed for India and was seated in the dressing room waiting for his chance to come.

As mentioned having an injury in his left thumb, Jadeja had already worn the batting glove while his right hand did not have gloves on. When the refreshments came in the Indian camp, he picked up a banana.

But having the injury, he could not peel it off as his left-hand was in a glove. It was his fellow teammate and pacer, Navdeep Saini who was sitting beside him helped him in peeling off the banana and displayed a great teamwork.

This little incident marks a brilliant display of teamwork, also showcases the significance of teamwork in a sport and the way teammates have their back for each other during tough times.

Cricket is a team sport and these little incidents show how much important the value of teammates is. Saini might have helped his teammate Jadeja in peeling a banana but also set an example how one should help their teammates in the tough situations.

Rishabh Pant’s 97 and Cheteshwar Pujara’s 77 helped India to fight back the hosts but it was Ashwin and Vihari who resisted the Aussie bowlers to pick up the remaining wickets on the final day and thus the match ended in a draw.

India and Australia will go into the fourth and final test match 1-1 tied at Gabba later this week.