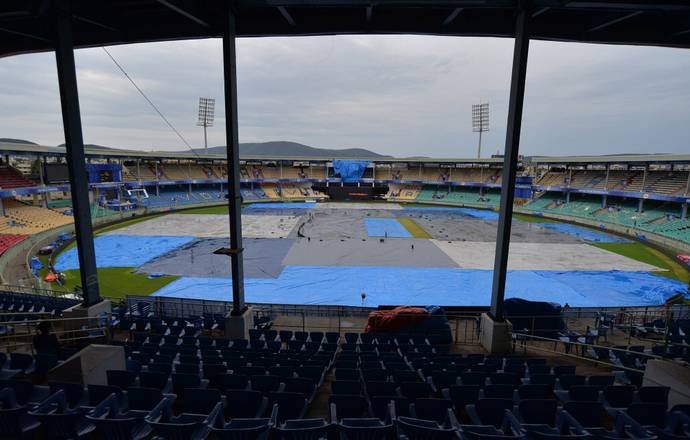 A cyclone named Maha is expected to land near the coastal parts of Gujarat and the second T20I between India and Bangladesh might get washed away. The Meteorological Department claims that Maha would hit Gujarat through a ‘cyclonic storm’ somewhere near Rajkot on Thursday. The match starts that evening in the city’s Saurashtra Cricket Association Stadium.

Maha, the ‘extremely severe cyclonic storm’ is hovering over the Arabian sea, 660 kilometres away from Porbandar. The, Meteorological Department in their press release, predicted moderate rain or thundershowers in Gujarat, including Rajkot, on November 6 and 7.

“We are fully prepared to host the game but at the same time we are keeping a close tab on the weather. It is expected that it may rain in the morning on the 7th but the game is in the evening,” a top Saurashtra Cricket Association official said.

But it was a bright blue sky this morning while the two teams reached the city yesterday. Despite the severe smog and air pollution in Delhi, the match was played and BCCI president Sourav Ganguly thanked both the teams.

Bangladesh beat India by seven wickets and leads the three-match series 1-0. The last game of the series will be played in Nagpur on November 10.