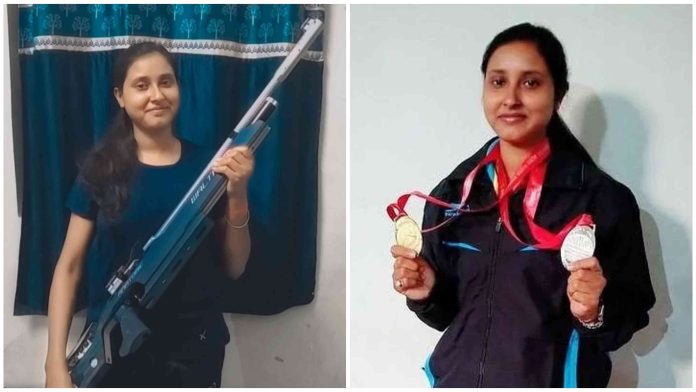 26-year-old national level shooter Konica Layak’s lifeless body was found hanging at her hostel located in Bally, Howrah district in West Bengal. As reported by the police, the incident took place on Wednesday and Layak’s dead body was found along with a suicide note, in which she mentioned “depression” and blamed it for taking the decision of ending her life.

Konica Layak, who was due to get married in February, is the fourth Indian shooter to commit suicide in the past 4 months

In recent times, the Indian shooting fraternity has seen several other such cases of suicide. Only last week, Khushseerat Kaur Sandhu, a young pistol shooter who junior India debut at the Junior World Championships in Peru in October, took her own life after suffering from depression for scoring low at the Nationals.

Prior to Sandhu, Hunardeep Singh Sohal and Namanveer Singh Brar had taken the extreme step. Brar, a bronze medal winner at World University Games, shot himself in the head with his his licensed revolver. Sohal, a state-level shooter from Vallah, Amritsar, also took his own life in the same manner. Layak’s suicide is the fourth such case within the past four months.

“She was depressed for not getting chances, she wrote in the note,” a statement from a police official was recorded by PTI, who also mentioned that Kayak was about to get married in coming February.

Layak, who clinched gold and silver at the Jharkhand State Rifle Championship, was undergoing training at Olympian and Arjuna Awardee Joydeep Karmakar’s academy for a minuscule fee. She was even gifted a German-manufactured rifle by Sonu Sood after the actor came to know about Layak’s struggles amid the COVID-19 pandemic.

“Sonu Sood sir, my rifle is here. There is a wave of happiness in my family and the entire village is blessing you. May you live long,” Layak had tweeted after receiving the gift from Sood.