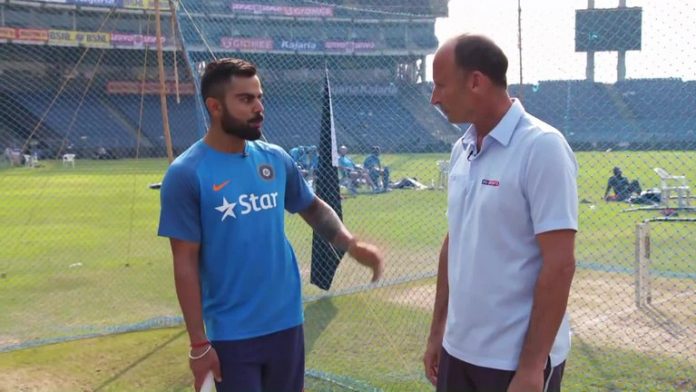 Team India are setting their imprints everywhere with their aggressive brand of cricket. It was on full display during the second Test, where India wrapped up a 151-run victory to take a 1-0 lead in the series. Former England skipper Nasser Hussain lauded Kohli’s aggression and feels that the Indian bowlers especially have the right captain to play under. 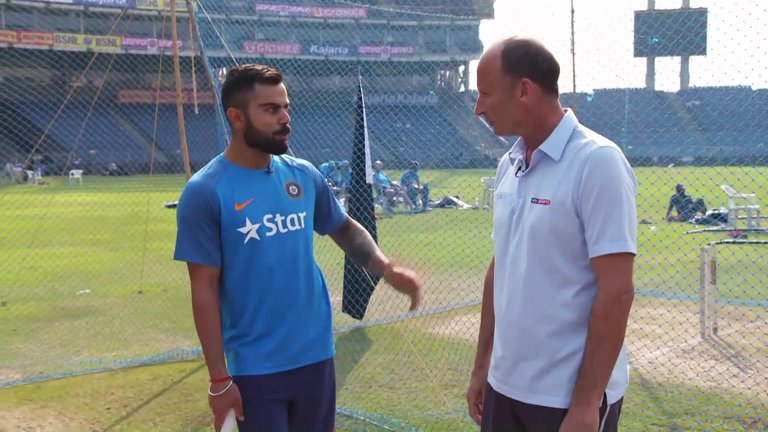 Kohli has deployed a four pacer formula in England which has reaped rewards so far. Pacers have accounted for all of the 40 wickets taken in the series so far and even managed to bowl out England in  52 overs on the final day of the second Test.

Despite facing a lean patch with the bat as of late, Kohli’s credentials as a captain are sky high after already having orchestrated a series win in Australia two years ago.

Nasser Hussain praised Kohli’s captaincy and attitude in the Lord’s Test. Writing in his column for the Daily Mail, Hussain explained:

“Virat Kohli is the right man at the right time to lead this formidable India side. His players, in particular the bowlers, want an aggressive captain. They want Kohli stirring things up, as he did so effectively in that brilliant second Test at Lord’s,”

He also lauded Jasprit Bumrah’s rare, never seen before aggressive persona. The pacer was stirred up following the comments made by James Anderson and struck his highest Test score in reply before scalping more wickets in the fourth innings.

“Jasprit Bumrah has always seemed, to me a quiet and reserved character off the field, but look at the way he attacked and went after Jimmy Anderson on that third evening,” he added.

Hussain also reminiscined a conversation he had with former India coach Duncan Fletcher regarding Kohli’s hunger for success. The Indian skipper has instilled his winning mentality into the entire team now. The team’s belief to win at any cost from any sitaution has been well-received. He wrote:

“I remember speaking to Duncan Fletcher about Kohli when he was India coach and he just told me he was a winner. At almost any cost, too,”