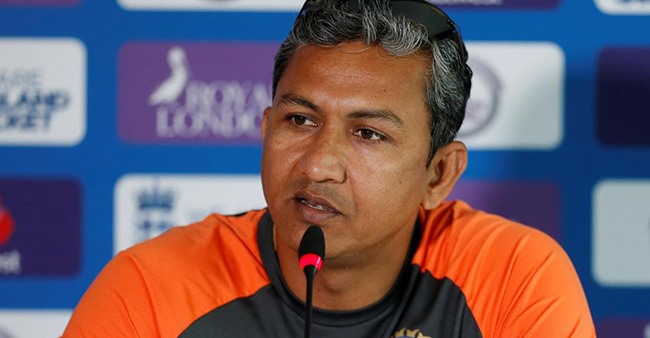 After his stint as the batting coach for the Team India came to an end, Sanjay Bangar talked about the selection criteria that the management had set in place for choosing the candidate for the No.4 spot.

After being replaced by Vikram Rathour, the former Kings XI Punjab coach mentioned that he won’t be pursuing any role anytime soon.

“I have been traveling for five years, I don’t think I may take up roles outside India immediately,”

After giving a chance to several players for the No.4 spot, KL Rahul won the spot in time for the World Cup. Bangar elucidated how the management shortlisted the candidates. He said:

“The entire team management and selectors were part of the decision making for the No. 4 spot. The choice relied upon current form, fitness criteria, whether he was a left-hander, whether he could bowl, etc.,”

Bangar revealed his disappointed upon the announcement and claimed that he moved on from it and expressed his gratitude for the opportunity he received. He said:

“Being disappointed is a natural feeling, which lasted for just a few days. But I thank the BCCI and all the coaches, Duncan (Fletcher), Anil (Kumble) and Ravi (Shastri), for giving me an opportunity to serve Indian cricket for five years,”