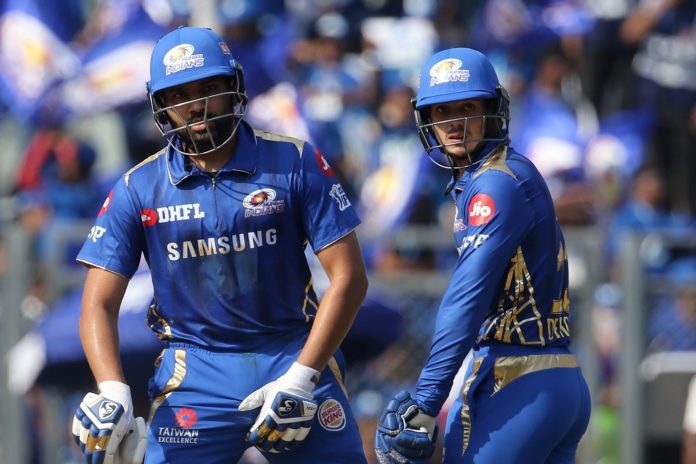 Mumbai Indians captain Rohit Sharma will continue to open along with Quinton de Kock for the upcoming IPL, head coach Mahela Jayawardene confirmed on Thursday via a virtual press conference.

Mumbai Indians also have Australia’s Chris Lynn and Suryakumar Yadav in the squad this season but given the impressive record of the Sharma-de Kock opening, Jayawardene said there was no need to “fix something that wasn’t broken”.

Rohit and Mahela address the media at our pre-season press conference!

“Lynn is a great addition to the squad, but the combination of Rohit and Quinton did a phenomenal job for us last season. They complement each other well, they’re consistent and both of them are experienced”, Jayawardene said.

“They’re good leaders as well, so why would you want to fix something that isn’t broken? We will continue to go with that.”

Sharma, who opened throughout the last edition, said he is ready to bat anywhere based on the demands of the team.

He has scored 4898 runs in the IPL from 188 matches at an average of 31.60 with one century and 36 half-centuries to his name. He is third in the list of most run-scorer in IPL only behind Virat Kohli and Suresh Raina.

Sharma and de Kock had opened in 15 of Mumbai’s 16 games last season as the team won the record fourth title. Their tally of 565 runs including five half-century stands at an average of 37.66 was behind only David Warner and Jonny Bairstow’s 791 for Sunrisers Hyderabad.

Lynn, on the other hand, managed only 138 runs while opening for St Kitts and Nevis Patriots in CPL 2020. He averaged a mere 17.25 from nine innings, with the highest score of 34.

Meanwhile, Mumbai Indians has won 4 IPL titles under the captaincy of Rohit Sharma. The franchise although have often be tagged as slow starters but have won crucial games in the latter stages to become the team with most IPL titles.

Furthermore, MI will face CSK in a repeat clash of last year’s final. Sharma and his men have won the last five matches played against the Dhoni-led CSK. Both sides will once again renew their rivalry on September 19 at Abu Dhabi.

The MI Skipper is dangerous at the top and with someone like Quinton de Kock around, he could take his time and play a responsible innings. Opening with arguably two of the most excellent openers of this era would be a nightmare for the opposition bowlers in this year’s tournament.