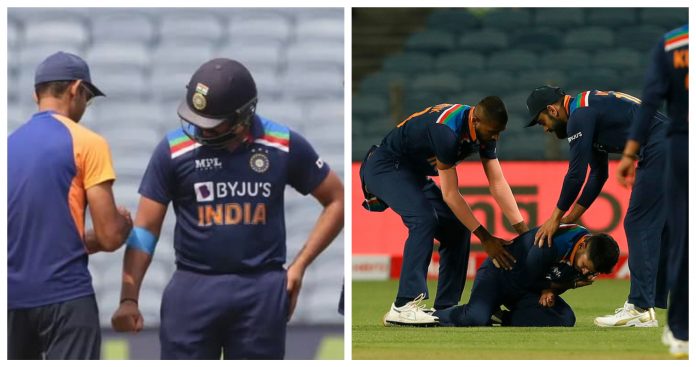 Rohit Sharma and Shreyas Iyer were struck with injuries during India’s comeback 66-run win over England in Pune. Both of the players were absent for a large portion of the second innings as the medical team continue their diagnosis. Along with the fans, the IPL teams are also concerned as the season is not far away. 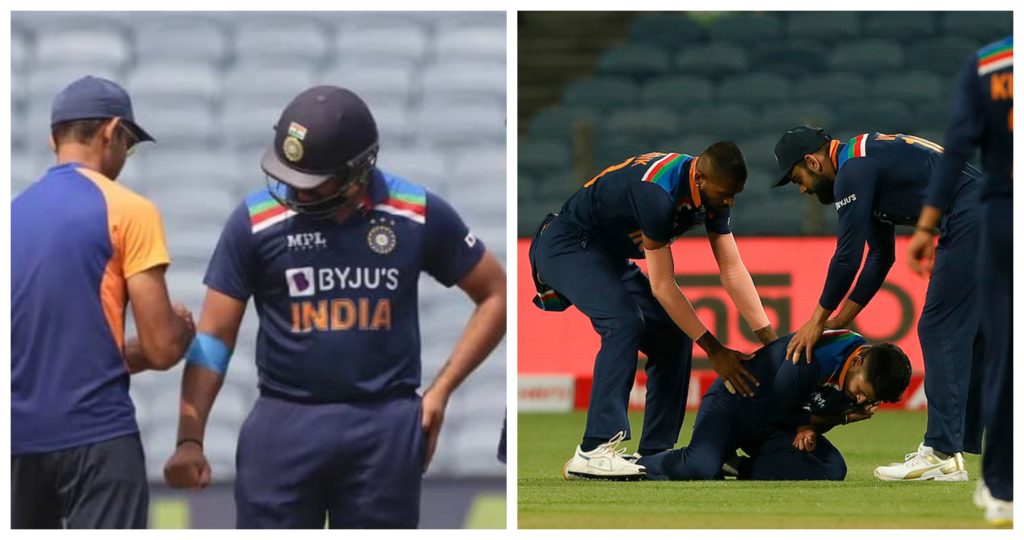 Rohit Sharma was hit on his elbow by a ferocious delivery by Mark Wood which prompted a couple of visits from the physio to the pitch. Visibly in a lot of pain, and a bandage, Rohit struggled to get going and was eventually dismissed for 28. The Mumbai Indians skipper also did not take the field in the second innings at all.

According to sources, he is currently under observation and the extent of the injury should be known today if he was taken for scans.

The Hitman had missed the fag end of the tournament due to a hamstring injury. While he managed to participate in the final and even score a half-century, he was not selected for the white-ball leg of the Australia tour.

Things are on the optimistic side when it comes to Rohit’s injury, but the same cannot be said in the case of Shreyas Iyer, who seems to have badly dislocated his shoulder.

Disaster struck in the eighth over, when Iyer chased after a drive from Jonny Bairstow in the cover region. The Delhi Capitals skipper proceeded to land awkwardly, and as a result, dislocate his shoulder.

“Shreyas Iyer subluxated his left shoulder in the 8th over while fielding. He has been taken for further scans and won’t take any further part in the game. Rohit Sharma was hit on the right elbow while batting and felt some pain later. He won’t take the field,” BCCI had updated during yesterday’s game.

The injury worries Delhi Capitals since a shoulder dislocation takes about six weeks to head and the timeframe could increase if surgery is required.

The extent of the injury should be known today as Iyer was taken for scans. The team is currently awaiting the report to confirm the diagnosis.