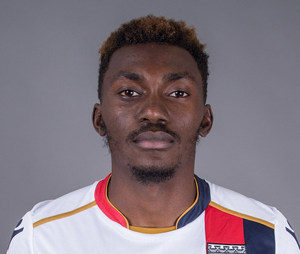 After Mumbai City’s win against Bangalore in the Indian Super League, Mumbai City coach Jorge Costa accused the match referee Turki Alkhudhayr of passing mean racist comments and gestures towards Mumbai City’s mid-fielder, Kevyn Serge Aboue. The match between Mumbai City and Bangalore was held on Sunday, while Mumbai City emerged victorious 3-2, the coach, Jorge had other things on his mind that was keeping him from celebrating with the team. Reportedly, during the match the Saudi Arabian referee made some racial comments that was directed towards the team’s Gabonese player Kevyn. Apart from that, the referee also belittled the player by calling him ‘Monkey’.

The racial dig did not sit well with Jorge, who immediately brought the matter up at the press-conference that was held after the match. At the press conference he spoke about the incidence and the importance of respecting players and their culture irrespective of their race and religion.

Jorge condemned the referee’s behaviour without commenting on his capabilities as a referee. He further added that ISL should take this matter seriously, and make sure that these things never happen again.

Football Sports Development Ltd (FSDL) CEO Martin Bain has taken note of the matter and has requested the All India Football Federation (AIFF) to investigate on the matter further.

“ISL will ask the All India Football Federation (AIFF) to investigate the matter fully and it would be inappropriate to comment further at this time, however, the Indian Super League (ISL) takes these matters seriously,”Bain said.