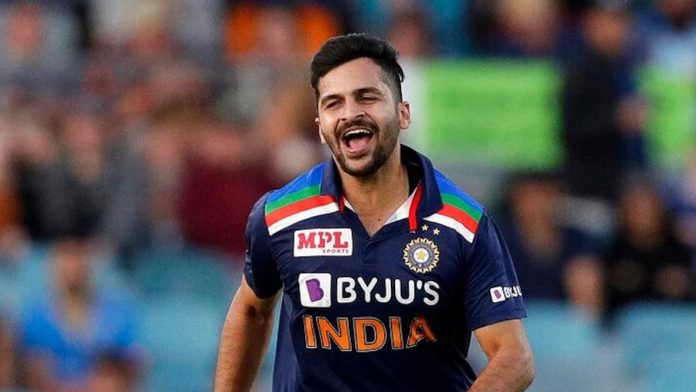 In the world of Cricket betting, the best player to wager on is one of the hottest discussion topics today. Who among the long list of cricketers can improve your chances on Cricket betting odds? Knowing which team or player to root for is vital for any online bettor.

Cricket betting odds today are mostly made up of wagers involving teams and players. People rank players by their accomplishments and career statistics. Fan bias also comes into play when trying to determine the best cricketer among the bunch. These are notable factors to remember before placing wagers.

Speaking of players who make a significant impact in today’s cricket betting odds, Indian all-rounder Shardul Thakur, widely known as “Lord,” can certainly put his name on the list. Thakur is a relentless quick bowler who can hit the pitch hard and swing the ball away from most right-handers in Cricket. Thakur has captained Mumbai’s attack line and established himself as one of the team’s best players.

Thakur was born in a small town called Palghar, 87 kilometres north of Mumbai. He spent his early cricketing years hauling his gym bag on early-morning trains into the city proper. In his debut season way back in 2012, Mumbai won the Ranji Trophy, but Thakur did not play a significant role in the championship. He had an average of 82 while picking up only four wickets in four games.

The “Lord” Has Risen

The following year, Thakur came back slimmer and fitter, heeding the advice of his peers to lose unnecessary weight. Due to his improved physique, he picked up 27 wickets at a rate of 26.25.

The 2014-15 season was even more impressive for Thakur. He finished joint-top of the Ranji Trophy bowling charts with 48 wickets at the rate of 20.81.

With Thakur’s magnificent showing, he earned a call-up to join India’s Team A to battle it out with Australia and South Africa. Later that year, Thakur started playing for the Board President’s XI, where the rising superstar snared a four-wicket haul against South Africa’s team.

Moreover, at the 2014 IPL player auction, Kings XI Punjab signed Thakur for INR 20 lakhs, and his career took off from there.

How Good is Shardul Thakur?

Shardul Thakur is a T20Is record-holder. He became the fastest Indian bowler to get to 30 wickets. It may not be that impressive to some Cricket enthusiasts, especially as he has an economy rate of over nine runs per over. Still, Thakur’s 14.6 strike rate in the format is rather amazing to see.

Also, with all the fast bowlers from professional Cricket member countries worldwide, only five cricketers have recorded a better T20I strike rate while taking as many wickets as Thakur. He is arguably the best fast bowler in India today. There is no one above Thakur when it comes to spinners and fast bowlers, period.

There is no doubt that Shardul Thakur is a one-of-a-kind player. Thakur’s self-confidence and motivational drive know no limits. Thakur’s teammates also give testament to his greatness. They claim that Thakur executes every game plan to perfection, making him a massive asset for any Cricket team in the world.

However, Thakur needs to improve his economy rating; he could undoubtedly be a difference-maker for the Indian Cricket Team.

Barring any unfortunate or unwanted circumstances, Shardul Thakur has a bright cricketing future ahead of him.

To know more about the top cricketers and best cricket betting odds today, please log on to sportsindiashow.com now!