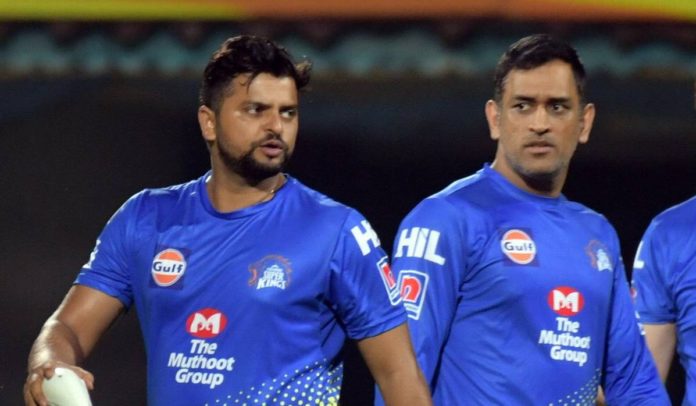 While the World of cricket is reverberating with the news of the retirement of Mahendra Singh Dhoni and Suresh Raina, fans are still cheerful with the knowledge that the duo would don the yellow of Chennai Super Kings (CSK) in the upcoming IPL season.

According to the IPL 2020 schedule, the first match, on September 19 will be played between the Mumbai Indians and the Chennai Super Kings. And while the list of players who will be on the field is not available yet, they may both be playing on the 19th.

The three-time IPL champions will then take on Rajasthan Royals on September 22 and the wagers for the match can be placed here. The CEO of the franchise, Kasi Viswanathan believes that the ‘Thala’, as Dhoni is referred to by the CSK fanatics will continue his playing career till the next edition of the Indian Premier League (IPL).

After giving up captaincy duties for the Indian team in 2016, MS Dhoni has continued to lead the Chennai-based franchise with renowned vigour. Time and again he has won matches for CSK with his astute stewardship.

Dhoni’s instinct and game-smarts came to the fore during the 2010 IPL final, where he trapped Kieron Pollard with a funky field. Given Pollard’s propensity to hit the ball down the ground, Dhoni posted Matthew Hayden at straight mid-off and challenged Pollard to clear that fielder. However, Pollard only scooped Albie Morkel straight to Hayden as Super Kings went on to win their maiden IPL title.

More recently, during last year’s IPL final against the Mumbai Indians, Dhoni had Faf du Plessis, the best fielder at his disposal guarding the straight long-off area against the same batsman. More often than not, such customisations have made CSK the success story that they are.

Incidentally, Chennai Super Kings (CSK) CEO Kasi Viswanathan believes that veteran wicketkeeper-batsman MS Dhoni will be a part of the franchise for the 2021 and 2022 editions of the Indian Premier League (IPL). Teammate Raina incidentally is the second-highest run-getter in the history of the IPL after Virat Kohli.

While he gets his troops into a relaxed frame of mind, Dhoni still ensures their intensity levels never drop. Out of nowhere, this team can switch into next gear. It was therefore little surprise that on their return from a 2-year suspension, CSK made a triumphant return and came within a whisker of the title last season.

Just the way he did with the national setup, Dhoni will surely ensure a smooth transition period, where the next generation will take over the reins as the Thala moves up a ladder to assume a meaningful role in the management in the coming years.

For all practical purposes, Dhoni has been at the helm of the franchise, overseeing the brand, commercials to add to the on-field developments as well.

With the future of Dhoni in the IPL also seems to be into its final lap, there’s going to be an extra cheer for the Super Kings this season as they chase their 4th IPL trophy, possibly the last one under MS Dhoni.

Explosive left-handed batsman Suresh Raina has been the backbone of the Chennai Super Kings batting line-up since the first edition. The southpaw, who is the second-highest run-getter in the tournament (5,368 runs) has played a big part in the teams’ success over the years.

With 32 scores of 50 or more, the middle-order batter has time and again proved his worth as he scores runs at a brisk pace. The chief architect of many famous wins for the yellow army, Raina is more than useful in the field with his agility and part-time bowl.

With 3,858 runs to his name, MS Dhoni has been more than just Captain Marvel. Over the years, he has carefully orchestrated the way the team is run and has played a massive role in the team’s magnanimous success over the years.

This time around too, CSK has more depth than the previous year. The franchise typically has been a step ahead of their competitors when it comes to preparations for the tournament, and that is what makes them one of the favourites every campaign.

The duo of Suresh Raina and MS Dhoni have transformed the franchise with one of the most dominating teams in the leagues. While the skipper has brought several laurels to CSK with his astute cricketing brain, Raina has emerged as a run-machine for the Yellow Brigade.

The Chennai Super Kings are one of the most revered franchises in the IPL. With three titles to their name and their captain and his deputy more than keen to add to the silverware, watch out for the Yellow Brigade this term.