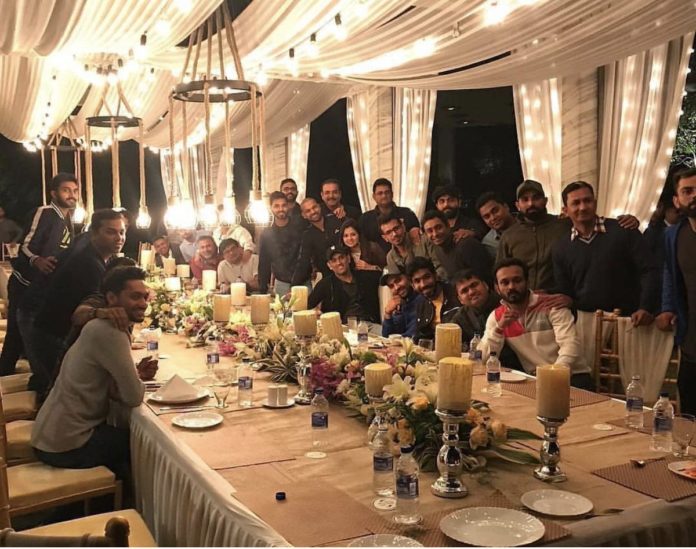 As the Indian cricket Team is in Ranchi for the third ODI against Australia, it presented an opportunity to former captain and now wicketkeeper, MS Dhoni and his wife Sakshi Dhoni to host Team India to a lavish dinner in Jharkhand. The gala dinner was not just for the players, it included the entire squad including coaches, support staff and the physios.

Yuzvendra Chahal took to Twitter and posted a picture from the fancy dinner. “Thank you for last night @msdhoni bhai and @SaakshiSRawat bhabhi,” read the caption.

Skipper Virat Kohli also posted a picture from the dinner on his social media with the caption: “Great night with the boys at mahi bhais place last night. Good food, fun chats all around and great energy. Perfect team evening 🇮🇳👌👌”

Sachin Tendulkar wants cricket to be a part of Olympics

Eoin Morgan and Zaheer Khan meet and greet 30 children from...