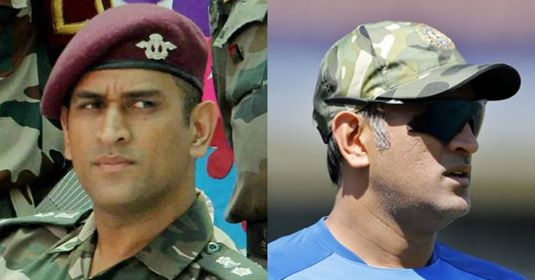 MS Dhoni had informed BCCI about his unavailability for the West Indies tour. The reason behind this unavailability was that Dhoni wanted to train with the paramilitary regiment. The former skipper holds a rank of Honorary Lt. Colonel in the territorial army.

His wish to train with this regiment has been approved by the Army chief Gen. Bipin Rawat. This training will go on for two months. There might be rigorous training, but Dhoni would not be included in any operation.

Some part of Dhoni’s training will be held in Kashmir as well. For the next two months, MS Dhoni will live like any other soldier. Dhoni’s battalion which is set up in Bengaluru is currently posted in the Kashmir valley.

It was 2015 when Dhoni became a part of the army. He was qualified for the army only after 5 parachute jumps from an army aeroplane to the Agra training camp.

As far cricket goes, there have been constant speculations about the keeper and his retirement. However, the selector of the Indian team, MSK Prasad said that Dhoni is not going to retire at the moment.

NDTV’s sources have disclosed that though not available currently, Dhoni will return play the T20s against New Zealand and South Africa in February next year. ‘Thala’ Dhoni will also be seen in the IPL in 2020.