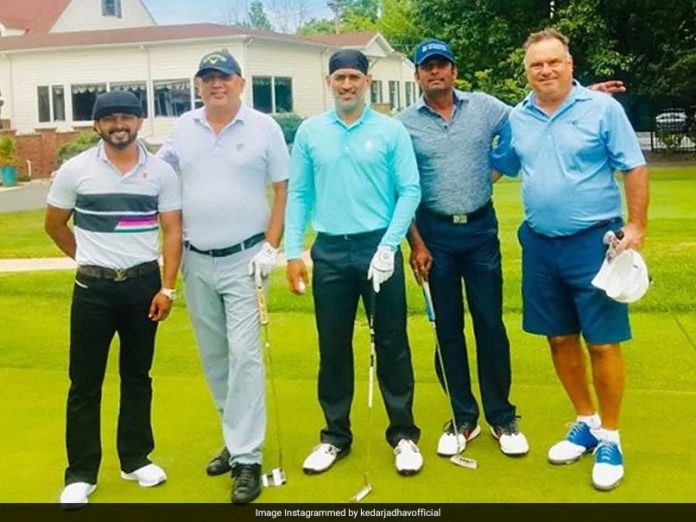 Indian cricketer MS Dhoni was spotted enjoying a golf session in the US after he was captured in a new look recently in Jaipur. The veteran wicketkeeper-batsman was seen in a picture of him with colleague Kedar Jadhav playing golf along with their other friends. Dhoni appears in a black bandana sporting his salt-and-pepper stubble and a golf club in his hand. Jadhav, who posted the photo on Instagram dedicated his post to hockey legend Major Dhyan Chand on the occasion of National Sports Day. 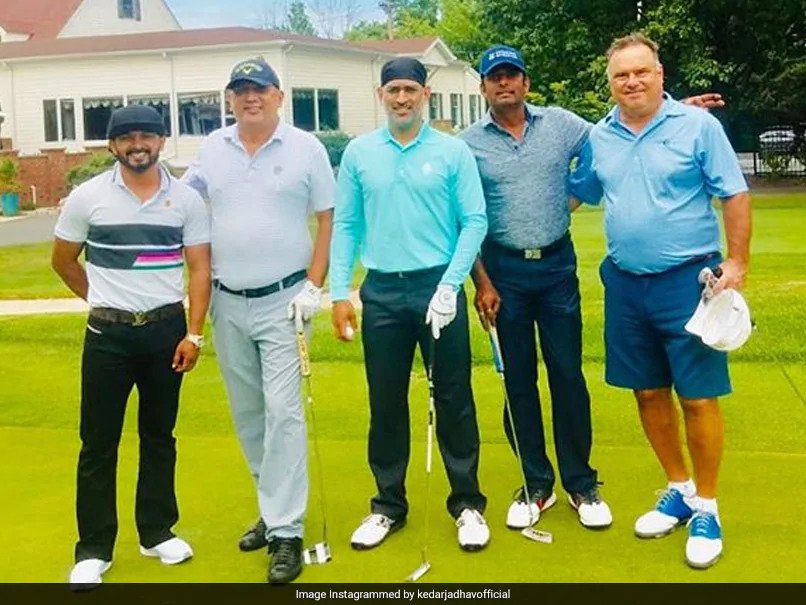 “Happy #NationalSportsDay to all of you. Remembering Dhyanchand Ji, the wizard of hockey… #nationalsportsday,” he captioned.

Happy #NationalSportsDay to all of you. Remembering Dhyanchand Ji, the wizard of hockey… #nationalsportsday 🏏 🎾 ⚽️ 🏋🏻‍♂️ 🚲 🏃‍♂️

The former Indian captain has taken a two-month sabbatical from the sport and was serving with the Indian Army in the interim. Dhoni first appeared in public after his stint with the Army at Jaipur airport on Saturday. Reports claim that the match-winner reached Jaipur to attend an event and naturally the security personnel had to toil hard to get MS to safety while being significantly mobbed.

Kedar Jadhav on the other hand was not included in India’s Test squad against West Indies.

The absence of MSD didn’t seem to bother India as they are currently dominating their West Indies tour. The Men in Blues thrashed the hosts 3-0 in the three-match T20I series while winning the ODIs series 2-0 with Virat Kohli once again their star performer. The guests are leading the two Test match series 1-0 with the final test to be played at Kinston, Jamaica from 30th August.