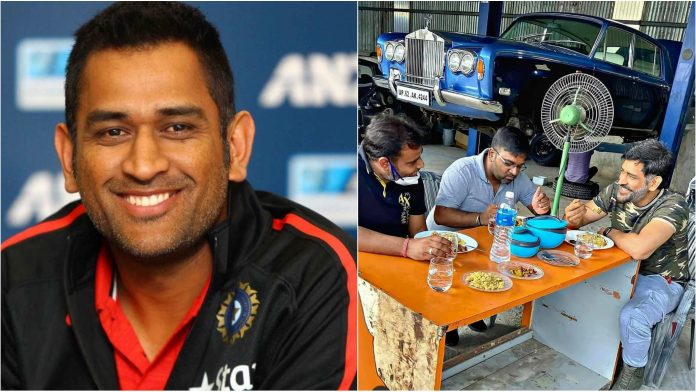 The former Indian skipper MS Dhoni has been enjoying his life since he announced his retirement from the international format in the month of August last year. He is not quite active on social media but the fans keep a tab on their favourite cricketer from the social media posts by his wife, Sakshi Singh Dhoni.

MS Dhoni was seen having lunch with his friends 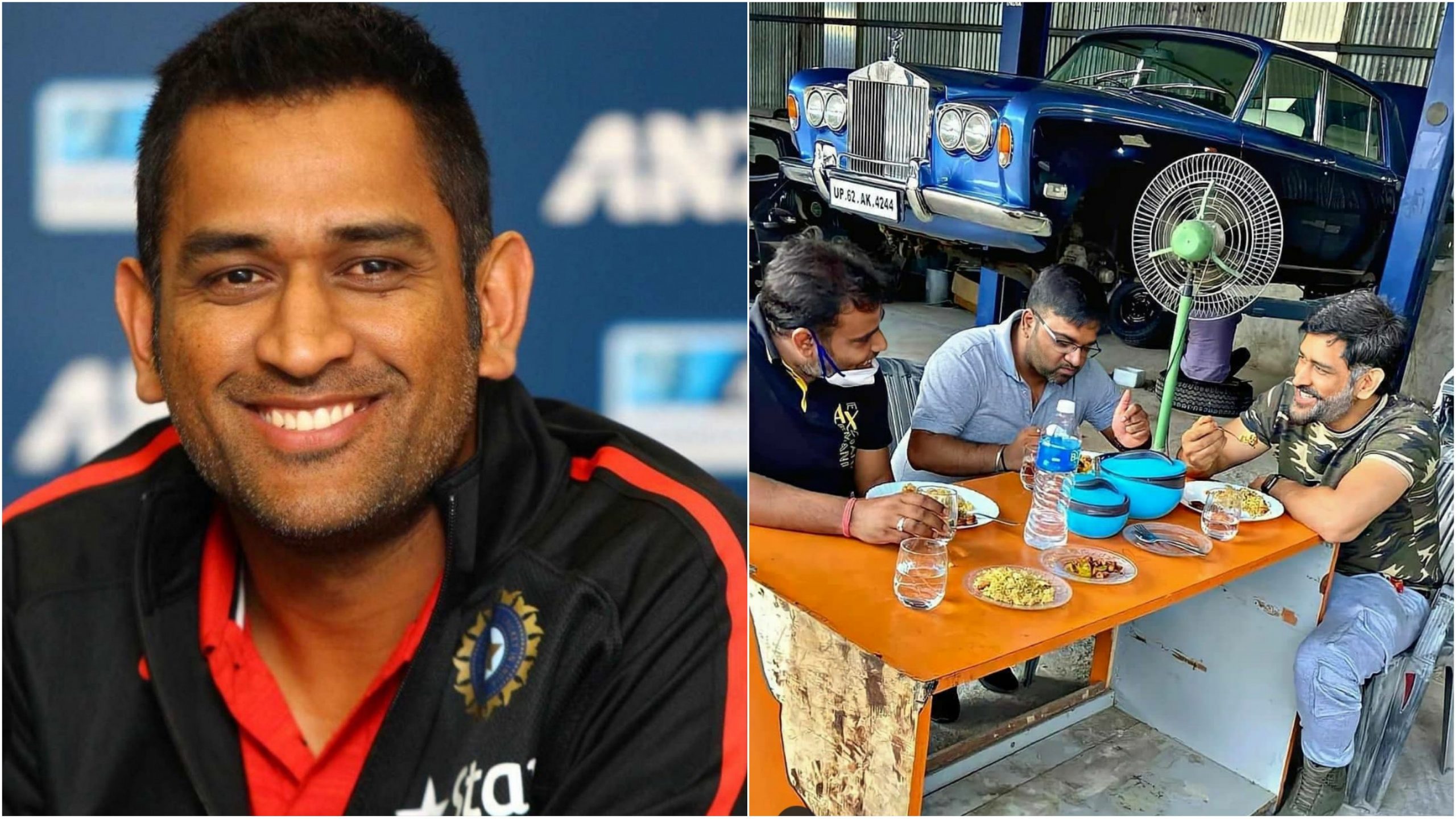 Now, the fans often spot Captain Cool in public places and the pictures start surfacing on the internet. A picture of him started circulating online and this time around he was sighted with some of his old friends.

One of the fans had noticed the veteran cricket having lunch with his friends and immediately posted on the fan page of the cricket star. According to the comments on the post, one of them is Seemant Lohani and the other person is still not identified.

Though it is a sight for the fans to enjoy watching him eat, they did not miss out on the luxury car in the background which drew attention as well.

It is believed that the Rolls Royce car is the same one that Dhoni gifted to his wife Sakshi on her birthday a few days ago. It is needless to mention that the price of the vintage Rolls Royce is in crores.

Dhoni has immense contribution to Indian cricket having multiple accolades to his name. But, now he is totally dedicated towards his family, his wife, and daughter, Ziva. He is having a great time with them.

In the last month, Dhoni was seen vacationing with his entire family in the majestic hills of Himachal Pradesh. The couple had shared some picturesque views of the landscape and also pictures of his five-year-old daughter which the fans have loved.

Dhoni is currently the captain of Chennai Super Kings in the 14th edition of the Indian Premier League (IPL) which recently got suspended after the outbreak of the second wave of COVID-19. The tournament is set to resume in the United Arab Emirates from September 19.