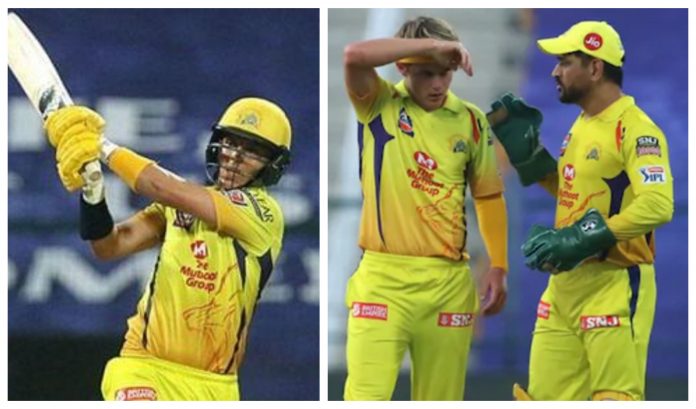 After a slew of defeats, Chennai Super Kings returned back to racking up points on the table with a vital 20-run win over Sunrisers Hyderabad in Dubai. All-rounder Sam Curran had a lasting impact with his all-round efforts that earned him an award as well in the end.

Following inconsistency at the top of the order, Sam Curran was promoted to open the innings with Faf du Plessis. The youngster repaid his faith with a quickfire 21-ball 31 knock by making the most of the field restrictions in the powerplay.

MS Dhoni heaped praise on Sam Curran’s contributions following the culmination of the match. During the post-match presentation, the skipper revealed why the team went for an extra spinner as well.

“We used an extra spinner because an Indian batter hasn’t done well for us. That’s why Sam Curran went up and it wasn’t fair on Jagadeesan as well to bat at seven or eight. Sam Curran is a complete cricketer for us. You need a seaming all-rounder, he plays the spinners well and he can give us those 15-45 runs.” 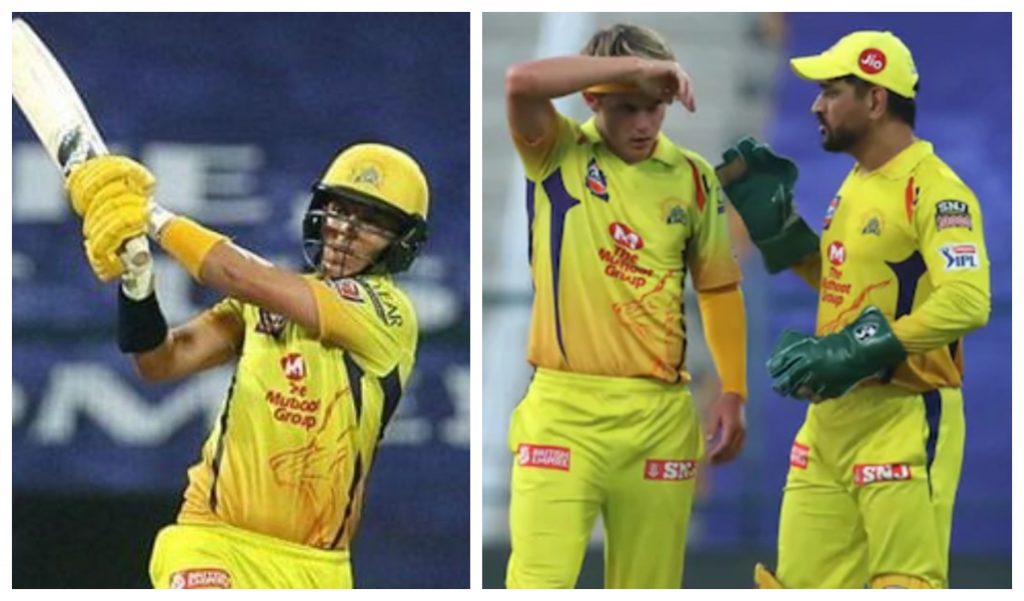 Apart from his explosive innings at the top, Sam Curran shared the new ball with Deepak Chahar and was successful in delivering a successful powerplay for CSK.

The England International made the first breakthrough with the dismissal of David Warner and only conceded 18 runs off his 3 overs.

Dhoni said that there was intent and purpose with the bat by CSK and labelled the game as almost perfect. He said:

“Ultimately what really matters is you getting two points. What T20s have shown is that there are a few games that don’t go your way and then there are some that go your way even when you haven’t earned it.

Today I felt we did a very good job even in the batting. There was some purpose with the bat and the batsmen assessed the situation very well,” Dhoni said.

The three-time champions hope to garner some momentum with a tough fixture up next in the form of the second-placed Delhi Capitals.

Sunrisers Hyderabad, on the other hand, have some assessment to do following consecutive defeats. The team next faces Kolkata Knight Riders who themselves are under scanner following a heavy defeat to Royal Challengers Bangalore.