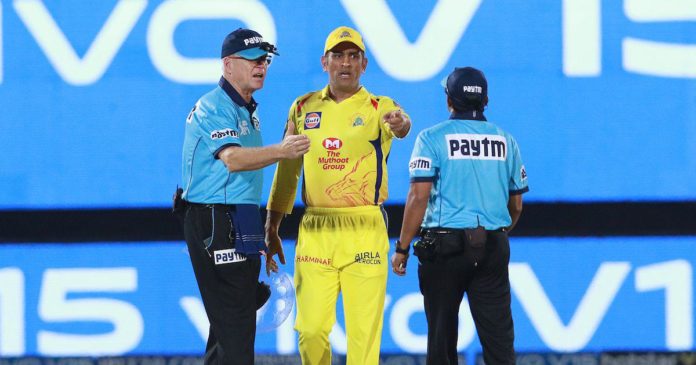 Chennai Super Kings Skipper MS Dhoni has been fined 50% of the match fees after breaching into the field and angry reaction to umpire’s decision in the CSK vs RR match on 11th April at the Sawai Mansingh Stadium in Jaipur.

MS Dhoni who is popularly known as captain cool lost his cool and calmness on the field. 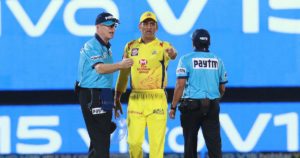 “MS Dhoni, the Chennai Super Kings captain, was fined 50 percent of his match fees for breaching the Indian Premier League’s Code of Conduct during his team’s match against Rajasthan Royals at Jaipur. Dhoni admitted to the Level 2 offence 2.20 of the IPL’s Code of Conduct and accepted the sanction,” said a media release from IPL.

All scenes erupted when the straight umpire Ulhas Gandhe got his arm up for no-ball for the height of the ball and it is not the straight umpire decision to make, but this decision was overruled by square leg umpire Bruce Oxenford. But MS Dhoni came in protest of the decision as he saw the umpire’s hand being raised up.

Chennai Super Kings won the match from the last ball Six by Mitchell Stantner. MS Dhoni was the top scorer of the match having scored 58 runs off 43 deliveries. He hit two boundaries and three sixes in the process.