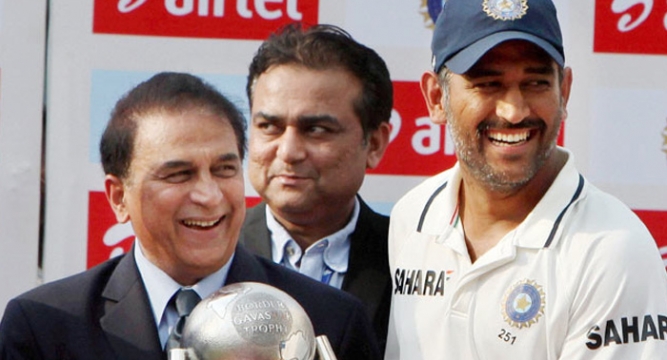 The veteran wicketkeeper MS Dhoni has been named in Sunil Gavaskar’s preferred choice XI as the primary keeper of the T20 World Cup next year in Australia. The Indian legendary Sunil Gavaskar previously mentioned that the Indian team management should look beyond MS Dhoni, further adding that time has come to “look beyond Mahendra Singh Dhoni” and invest in youth for the upcoming tournaments. With, Rishabh Pant not been able to grab his opportunities, MS remains as a “top-choice” going into the international stage next year according to the legend.

When questioned whether Dhoni should be chosen for the upcoming Bangladesh series, Gavaskar strongly declined to that.

“No, we need to look beyond. Mahendra Singh Dhoni at least doesn’t figure in my team. If you are talking about the T20 World Cup, I will certainly think about Rishabh Pant,” Gavaskar said in an interview.

And as for the youngster Pant, Gavaskar reckons, Sanju should be considered ahead of Rishabh Pant.

“If I need to have an alternate option, then I will think of Sanju Samson because Sanju is a good ‘keeper as well as a good batsman.”

“If I have to think of the T20 World Cup, I would think about youth as we need to look forward. Dhoni has made great contribution to Indian cricket but it’s now time to look beyond him,” the iconic batsman stated earlier.

On another interview on the ‘India Today’ channel, Gavaskar was spotted saying: “I think he (Dhoni) should be going without being pushed out.”

MS Dhoni, is yet to announce his international retirement and the current selection committee has indicated that the matter shouldn’t be looked behind.