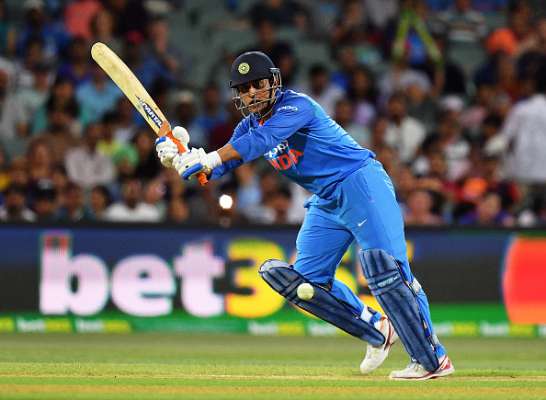 On Wednesday, former Indian skipper MS Dhoni during the second T20I between India and Australia, became the first Indian to hit 350 sixes in all formats of the game. Dhoni, who scored 40 runs off 23 balls, slammed three fours and three sixes in the match.  Australia won the game by seven wickets and clinched the series by 2-0 as the team chased the total of 190 runs. Glenn Maxwell slammed a breathtaking 113 off 55 deliveries to set up the chase for Australia after India posted a 191-run target.

Talking about the match yesterday, Maxwell’s scintillating 113 off 55 balls overshadowed Virat Kohli’s 38-ball 72 which helped India post a competitive 190/4 in 20 overs. With the conclusion of the T20 series, the teams now travel to Hyderabad where they will kick off the first of the five ODIs on Saturday.

The Master’s verdict: Sachin Tendulkar proclaims Steyn as one of the...

Cricket: Virat Kohli obliges to a young fan’s request in a...