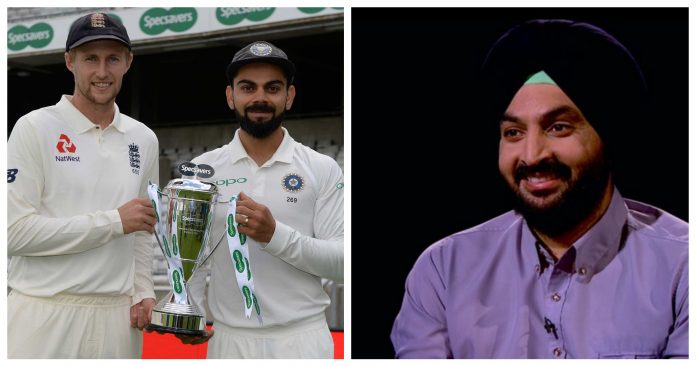 Team India have been taking on England in a full-fledged series where the series has already been started with the Tests. India have started with a 227-run loss to the visitors. However, former England spinner Monty Panesar has suggested that the Test series could be renamed to ‘Tendulkar Cook Trophy.’

While a few liked his suggestions, a lot of people didn’t like it. However, this will have a name similar to Border-Gavaskar Trophy where a series is named after two cricket legends of the game as well. Currently, the India-England Test Series is known as the Pataudi Trophy which has been named after former India captain and the legend Mansoor Ali Khan Pataudi.

Meanwhile, Monty Panesar took to Twitter and wrote: “Eng v India test series should be called “Tendulkar Cook trophy ” because both have highest test runs for their countries,they played a lot against eachother and we know Tendulkar is the biggest legend and we dont have a series named after him. @englandcricket @BCCI #INDvENG”

Eng v India test series should be called "Tendulkar Cook trophy " because both have highest test runs for their countries,they played a lot against eachother and we know Tendulkar is the biggest legend and we dont have a series named after him. @englandcricket @BCCI #INDvENG

After the huge loss, India captain Virat Kohli said that lack of intensity and poor body language was one of the main reasons for their defeat. However, with this win, England have taken a lead of 1-0 in the four-match test series.