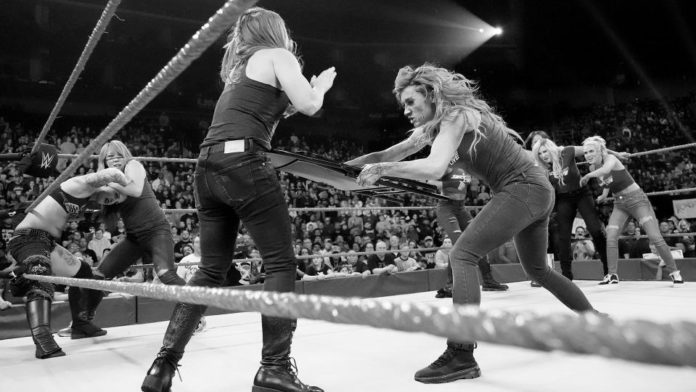 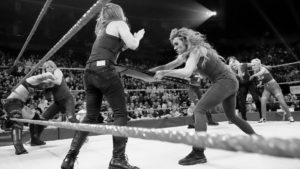 The final episode of Monday Night RAW on the road to Survivor Series was action-packed. The show kicked off with a ring full of superstars ready to clash in a tag team Battle Royal before Braun Strowman interrupted the match and cleared house single-handedly.

The Monster Among Men wanted to get his hands on Acting General Manager Baron Corbin after being screwed over by the Lone Wolf in the Universal Championship match against Brock Lesnar at Crown Jewel a fortnight back.

Meanwhile, Stephanie McMahon made her way to the ring to settle things and informed Strowman that he could get his hands on Corbin after Survivor Series and similarly, The Monster was also guaranteed a future Championship opportunity for the Universal Title.

Next, Ronda Rousey marched down the ring and proclaimed that she would destroy Becky Lynch this Sunday. The RAW Women’s Champion then shifted her attention to Stephanie but Corbin’s timely intervention prevented Rousey from attacking the RAW Commissioner.

However, the RAW GM made a big mistake when he put his hand on the shoulder of the Champion which in turn infuriated Rousey and she tossed him over the hip right down onto the mat.

Dean Ambrose ‘Burns It Down’

The segment began with Corey Graves interviewing Seth Rollins in the ring  The Intercontinental Champion proclaimed that he was laser focused heading into his match against United States Champ Shinsuke Nakamura this Sunday at Survivor Series.

However, Rollins was adamant on getting answers from Dean Ambrose on why he betrayed The Shield a couple of weeks back. The attention then turned to the Lunatic Fringe on the jumbotron with Ambrose hanging out in the cold weather outside all by himself.

Ambrose revealed that Rollins, Roman Reigns and the burden of carrying The Shield made him weak. The former WWE Champion then poured gasoline on The Shield Vest and chucked it into the trash can with the fire already burning.

Drew McIntyre was raving about his win against Kurt Angle last week on RAW until Finn Balor had heard enough and told the Scottish Psychopath that he crossed a line last time.

Then, Balor challenged McIntyre to a match but Drew demanded his counterpart that he would have to go through Dolph Ziggler first and was later attacked by a vicious headbutt from the former RAW Tag Team Champion prior to the start of the match.

Both Balor and Ziggler squared for the first time in WWE and enthralled the WWE Universe with a high tempo match. The leader of the Balor Club levelled the playing field when he took out the Showoff and McIntyre outside the ring.

After taking out his opponents, Balor failed to hit the Coup de Grace on Ziggler which led to a roll-up from the former IC Champ but Finn reversed it and got the pinfall victory. Later, backstage, Stephanie McMahon praised Balor for his efforts and rewarded him with a spot on the RAW Survivor Series Team.

RAW Women’s team captain Alexa Bliss named Natalya, Mickie James, Nia Jax and Tamina as the first four members of her team. The final spot was up for grabs with Sasha Banks and Bayley battling it out in singles competition in the main event.

However, both the superstars were attacked by the rest of the RAW Women’s squad and instead, Little Miss Bliss unveiled Ruby Riott as the final member of her team.

SmackDown’s invasion of RAW didn’t come as a surprise. Led out by the Champion, Becky Lynch had locked Ronda Rousey in a dis-arm-her backstage before being separated by the officials. The Man then made her way into the arena to confront the RAW Women before the SD Live roster attacked from behind and it led to an all-out brawl.

Rousey came to the rescue of the RAW brand but her injured arm gave out and Lynch capitalized and assaulted her with a chair. The SmackDown Women’s Champ suffered a broken nose in the carnage but that didn’t seem to have an effect on anyone as the blue brand head into this Sunday with the upperhand.