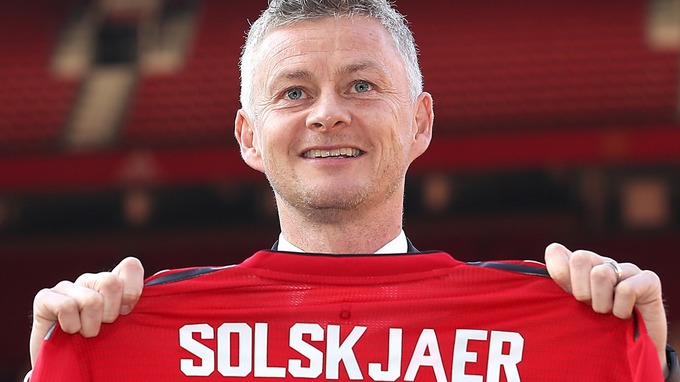 Norwegian club Molde have congratulated their former manager Ole Gunnar Solskjaer following his appointment at Manchester United as the permanent manager on a three-year deal.

Molde have also received a sum of 7 million pounds from Man Utd as compensation because the Norwegian left his post at Molde in December to take charge of the Old Trafford outfit as interim manager following Jose Mourinho’s exit.

That fee would be the most that Molde has ever received, even more than they have received for any player. The last record amount received by Molde was also paid by United when they signed striker Mame Biram Diouf for a reported 4.5 million euros in 2009.

In a heartwarming post on social media, the club congratulated Solskjaer on earning the chance to lead United until 2022.

“Molde thank Ole Gunnar Solskjaer for the efforts he has made for MFK, and wish him continued success!”

Solskjaer has affirmed that he intends to move his family along with him to Manchester following his permanent employment.

“We’ve really enjoyed the last eight years, living there in Norway, and of course it’s going to be a change but we’re looking forward to it, I’ve got to say,” Solskjaer told United’s official club app.

“These six months – three now, but the six we agreed on – as a family [we said] that we’d do it separate as there wasn’t any need or use to move them over. But that’s gone now.

Bate Borisov edge past Arsenal to hold the advantage in the...