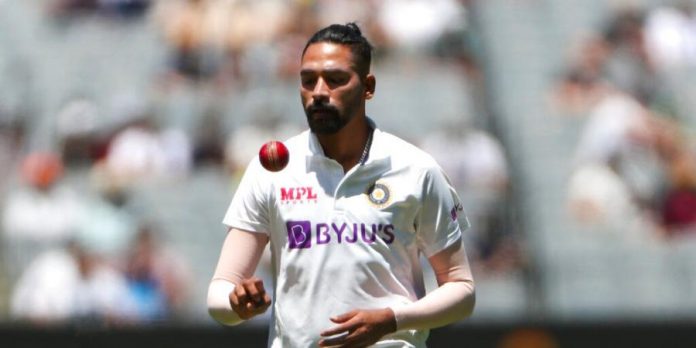 Mohammed Siraj has taken Test cricket by storm. Since his debut at MCG in late 2020, he has gone from strength to strength. He has honed his craft and produced crucial performances for the side. Siraj took his red ball confidence to white ball as he had an amazing IPL 2021. But now what stands out about him is his ‘Finger on Lips’ celebration style. 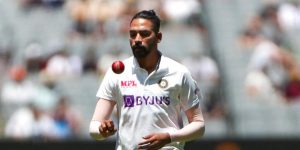 Siraj, who has emerged as one of the most dependable bowlers in the side has taken wickets consistently so far in the series. He has not gone wicketless in any innings in this series. Siraj is the best bowler for India in the ongoing test match at Lord’s. The spearhead took four wickets. These include crucial wickets of Dominic Sibley, Haseeb Hameed, Jonny Bairstow, and Ollie Robinson. The pacer led the bowling attack owing to which the hosts were wrapped up at 391 in the first innings.

The celebration style is for haters: Mohammed Siraj 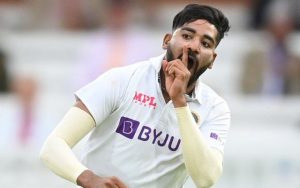 Siraj was asked about his celebration after picking up the wicket. The speedster asserted that it was a way to answer his critics.

“The celebration style is for haters (critics), as they used to say a lot of things about me, that I cannot do this thing…So I thought of answering them with my ball.” Siraj said as reported by Times Now News.

Mohammed Siraj was often trolled by Netizens for his dismal performances in white ball cricket. But since 2020, he has completely transformed himself into a new and a better version.

Siraj bowled consistently at one length and maintained accuracy throughout his spell. This troubled the batting line-up of the hosts and the bowler reaped his rewards. Siraj further highlighted the role of pacers in the English conditions and stated that the plan of the team was to stick to consistent lengths.

The English conditions are often tough and to adapt to it and make the most of the surface is a challenge for the players. However, Siraj kept bowling short to Bairstow and tried to break his resilience. The plan to keep bowling the short deliveries worked out as India got the breakthrough. He switched to round the wicket and bowled it around the leg. Bairstow looked to pull it but the ball hit his gloves and he was caught by Kohli.