India have produced many star batsmen and spinners throughout the years. But now they have started investing in the pace attack too and the current Indian pace attack is considered as one of the best in the world cricket, according to many. India speedster Mohammad Shami is no different as he also feels that the current Indian fast bowling unit might be the best in the history of India’s Test Cricket. 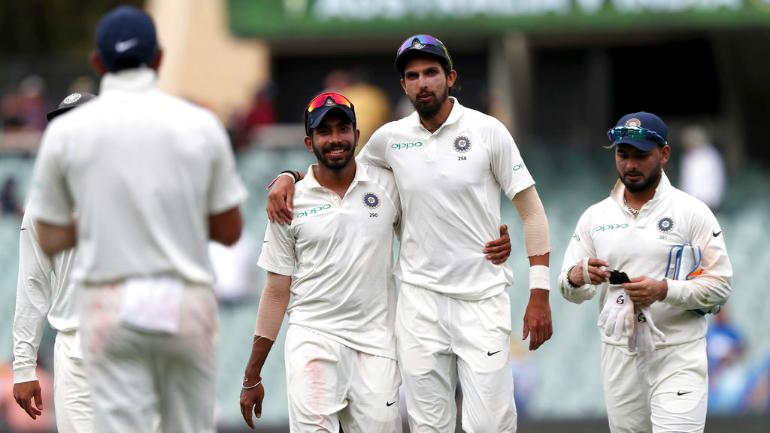 “Even the world acknowledges that India never produced five genuine fast bowlers in a package at one go. Not in Indian cricket’s history. We have bowlers in the reserves who can bowl 145 kms,” Mohammed Shami told former India wicketkeeper Deep Dasgupta in a chat for ESPN Cricinfo.

“This is the best attack as no one has any jealousy and everyone enjoys each other’s success. It feels like a family,” Shami added.

He later gave the example of Ishant Sharma, who is the senior-most player in the Test set up right now. He also revealed that both Bumrah and Ishant love to bowl with the new ball and captain Virat Kohli has to choose with whom to start.

“Look at Ishant Sharma. He is set to play 100 Tests. It’s not a mean achievement but if you speak to him you will know what kind of a human being he is. He is so down to earth. All three of us — Ishant (Sharma), (Jasprit) Bumrah, and I want to bowl with a new ball. When we are not able to choose, we approach Virat to decide,” Shami further added in his chat.

With no action because of the global pandemic novel coronavirus outbreak around the globe, players are trying to stay fit with home workouts. However, the situation is getting better in some places and the game will start soon. Notably, The West Indies team has reached England for their upcoming series and Cricket Australia have announced their upcoming fixture as well, although the fate of the ICC T20 World Cup and the cash-rich Indian Premier League remains uncertain amid this situation.

Steve Smith reveals why IPL is the ‘best tournament’ he’s been a part of!