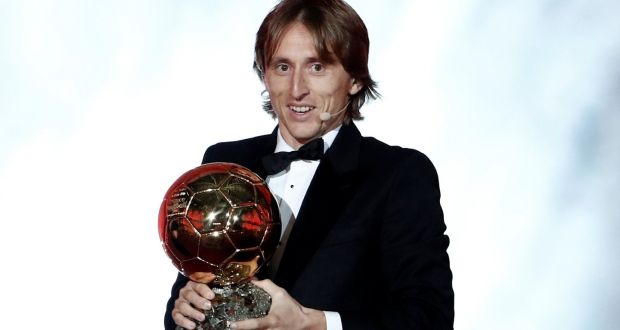 Real Madrid star Luka Modric won the prestigious Ballon d’Or this year for his exceptional exploits both domestically as well as internationally, thereby breaking the 10 year dominance of Cristiano Ronaldo and Lionel Messi over the coveted trophy, and has revealed former Arsenal boss Arsene Wenger’s significance role in winning it.

The 33 year old Croatia and Real Madrid midfielder was earlier lined up by Arsenal as a potential star signing, and much to their dismay, then Gunners manager Arsene Wenger thought otherwise and believed the Croatian was not what he needed in his Arsenal ranks. The midfielder was picked up by Real Madrid in 2012 instead, and after a much successful spell last season in Spain, coupled with leading the Croatian national team to the World Cup finals for the first time ever in the country’s history, was handed the Ballon d’Or, thanks to the Arsenal srejection, as Modric reveals.

“I took Wenger’s rejection as a new hurdle to overcome,” Modric said. “That was his opinion on me at that moment.” Modric, who could have joined Arsenal, after being turned down by Wenger, channeled the rejection into motivation and helped the Los Blancos to a third consecutive UEFA crown last season.

Followed by a La Liga crown as well as the Copa del Rey successes during his time at the Bernabeu, Modric doesn’t want his time in the famous white of Real Madrid to end any time soon.

“I have two years left and hopefully one more,” Modric said. “The club show me a lot of affection and I’d like to retire at Real Madrid.”