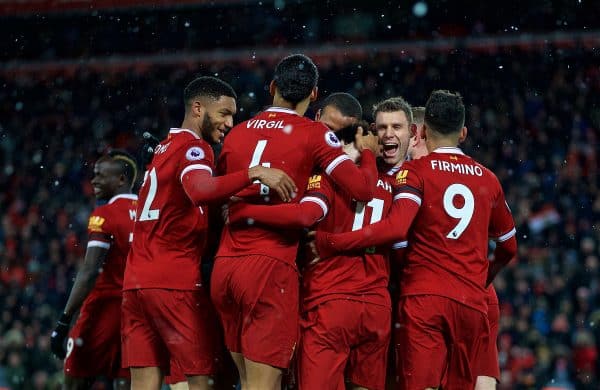 Despite squandering several chances in a first half that was completely dominated by them, Liverpool managed a comfortable 3-0 victory over Watford at Vicarage Road, maintaining their second place in the Premier League table behind Manchester City. 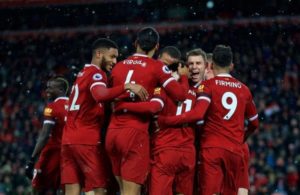 The Reds survived an early scare in the second minute of the game when Watford hit the back of the net but was ruled out for offside. Since that moment, the entire half belonged to the Reds who created numerous chances but failed to finish them off, as manager Jurgen Klopp visibly seethed with frustration.

The second half was more of the same, only this time, Liverpool landed three opportunities in the back of the net. The first goal came in the 66th minute through Mo Salah who sent the ball through the legs of the Watford goalie from a low cross from Sadio Mane.

Young England international Trent Alexander-Arnold grabbed the headlines with his finish which was an absolute peach of a free kick. The strike had just the right amount of curve and dip to swing past Foster into the top right corner of the net. Foster made a terrific save from a Sadio Mane strike but could no nothing about the follow up from Roberto Firmino for Liverpool’s third.

Despite the positive result, captain Jordan Henderson was sent off in the 82nd minute and wont be part of Liverpool’s domestic squad for the next couple of games.

Liverpool maintain their place in the table right behind the leaders Manchester City but ace a tough couple of games ahead. First, a Champions League encounter away to Paris Saint Germain on Wednesday, followed by the Merseyside Derby in the Premier League on Sunday.