Before you enter the world of Online Casinos, Check out the top 10 Live casinos recommended by India Casino Info
Home Cricket Mitchell Johnson warns batsmen against taking on Jasprit Bumrah 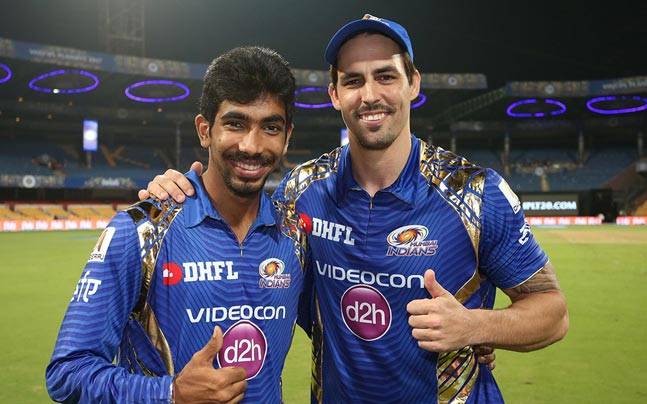 Former Australia pacer, Mitchell Johnson, has heaped praise on Jasprit Bumrah, the Indian quick, saying he “hardly bowls a loose delivery” and that “any batsman will think twice before taking him on”. Bumrah made his Test debut in January 2018 against South Africa and has already taken 39 wickets in just 8 matches he has played. With 11 wickets in two Tests against Australia, Bumrah is the second-highest wicket-taker in the series behind Nathan Lyon (16 wickets).

“He has a unique action, but is very consistent with his line and length,” Johnson told the Times of India. “He hardly bowls a loose delivery, which means he is hard to score off and any batsman will think twice before taking him on. The pressure he creates at one end often leads to wickets tumbling at the other.”

The Indian pace attack looked impressive in the first two Tests, troubling the home batsmen with their disciplined and fiery display. Johnson, however, believes there is still scope for improvement.

“There is no doubt that they have bowled well as a unit over the past year or so and regularly picked 20 wickets in overseas conditions,” he conceded. “They just need to assess the conditions and the pitch better and hit the right length quickly.

“Ishant Sharma has been around for a while. He is hitting the bat hard, which is a good sign, but needs to be more consistent with his line. Mohammed Shami has a smooth action and has the ability to surprise batsman with the occasional short ball. Umesh Yadav seems to have added a yard of pace but does not swing it much these days, but the bowler who impressed me most is Jasprit Bumrah.”

Johnson further praised the Australian attack. “The Australian attack is world class. Mitchell Starc, Josh Hazlewood and Pat Cummins are all different types of bowlers and the best thing about them is that they are young, fit and focused,” he said.

“Don’t forget that there are four or five others like James Pattinson, Nathan Coulter-Nile, Jackson Bird and Jason Behrendorff who are waiting to break into the national team. There are also quite a few pacers who have built their reputation as limited-overs specialists. They are not in the ‘express’ category but have good variations that come in handy in ODIs.”

India will now head to Melbourne to take on Australia in the third Test. The series is currently tied after India won in Adelaide and Australia leveled it in Perth.