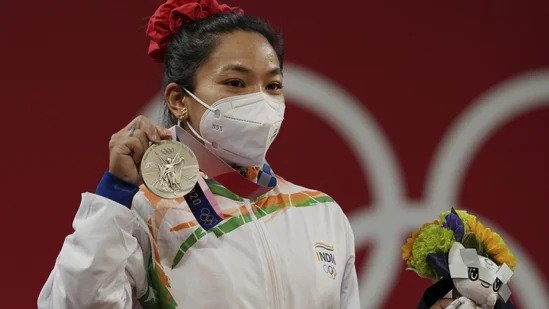 Tokyo Olympics silver medallist Mirabai Chanu could get the gold medal with the anti-doping authorities set to test the winner Hou Zhihui. If she is found positive for a banned substance, Mirabai Chanu will finish first in the Women’s division 49kg Weighlifting

If such an instance occurs, Mirabai would be the first woman to win a gold medal for India in weightlifting.

Zhihui had lifted 210 kg to claim the gold medal while Mirabai had managed to lift 202 kg to finish in second place.

” She has been asked to stay in Tokyo and the test will be done. The test is definitely happening,” the source told ANI.

Why is the Chinese gold medal winning athlete who beat Chanu is being tested for dope 2 days later? There is a message in the Indian group in the village that says she is being tested and to watch out what happens. Members of the indian delegation not saying much! #TokyoOlympics

Mirabai Chanu has won the hearts of the entire nation with her exemplary feat. Having already been praised and lauded by citizens and personalities alike, a bump to a gold medal would be a historic occurrence and a moment of pride for everyone.